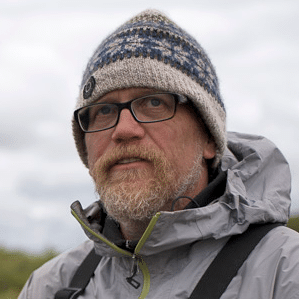 John’s beautiful spirit, kindness, and enduring sense of humor in the face of such challenges will remain and inspire family and friends who knew and loved him throughout his life. Throughout his life he shared this love through music and writing, with friends and family.

John made immeasurable contributions during his distinguished career in environmental research and education. After graduating from the University of Michigan, he completed his Ph.D. at Arizona State University and began his career as a professor at St. Olaf College in Northfield, MN. He continued his work in climate research and education at Woodwell Climate Research Center in Falmouth, MA, and the National Science Foundation in Washington, D.C., where he served as a Program Officer in the Division of Environmental Biology. John’s scientific interests were diverse, ranging from studies of greenhouse gas production in agricultural and Arctic streams, to the impacts of changing snow depth on nutrient cycling in prairie soils.

John was passionate about educating the next generation of scientists, and increasing diversity and inclusivity in the sciences. He was a steadfast student advocate, and the heart of Woodwell’s Polaris Project, which integrates Arctic research and undergraduate education. Undergraduate researchers were frequently co-authors on his scientific publications, and he made sure to note that.
John is survived by the love of his life, Dr. Sue Natali; his mother, Carol Jean Winn (George) of Harbor Springs, MI; his sister, Dr. Lisa Schade Eckert (Greg) of Marquette, MI; his brother, Jeff Schade (Linda VanIngen) of Kearney, NE; two nephews, Jacob Williams (Andriana Puchany) of Lewistown, MT; Elisher Williams (Laurel Wilkey) of Highland Heights, KY; niece Mary Emily Schade of Kearney, NE; and many beloved cousins, aunts, and uncles. Celebrations of John’s beautiful spirit will be held at later dates.

Donations made in his honor to Woodwell Climate will be used to establish a fund to honor and recognize John’s unwavering dedication to student-led learning and scientific advancement. Donations in his honor to the Pancreatic Cancer Action Network will contribute to pancreatic cancer research.