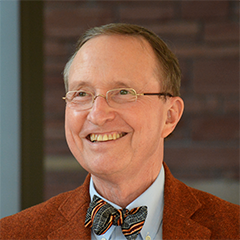 Dr. Thomas E. Lovejoy, a conservation biologist who was the first to use the term “biological diversity” (1980), passed away on December 25, 2021 at the age of 80. Dr. Lovejoy was University Professor of Environmental Science and Policy at George Mason University, and held the Biodiversity Chair at the Heinz Center for Science, Economics and the Environment, where he was President from 2002-2008. From 1999-2002, he was the Chief Biodiversity Advisor to the World Bank. Dr. Lovejoy served as Assistant Secretary and other positions at the Smithsonian Institution and prior to that was Executive Vice president of the World Wildlife Fund. He was a National Geographic Society Explorer at Large.

Dr. Lovejoy was a leader in Amazon science and conservation since 1965, and since 1985 a major focus of his work was the interaction between climate change and biodiversity. He served in high level advisory positions in the Reagan, George H. W. Bush, and Clinton administrations.

He conceived of the debt-for-nature swaps, and founded the public television series Nature. He was awarded the Tyler Prize for Environmental Achievement in 2001, the BBVA Foundation Frontiers of Knowledge Award in Ecology and Conservation Biology in 2009 and the Blue Planet Prize in 2012.

Dr. Lovejoy joined the Board of Woodwell Climate (then the Woods Hole Research Center) in 1989. He was elected Vice-Chair of the Board in 2011 and served in this capacity until 2018. He was Woodwell’s longest-serving director, marking nearly 32 years on the board. He was named Woodwell’s inaugural Distinguished Ambassador in June 2021.