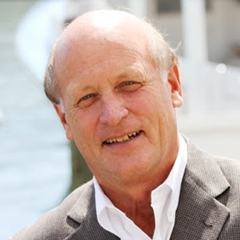 Mr. Joseph Mueller is a retired commercial mortgage banker, having been a founder and Managing Partner of the Rockport Mortgage Corporation, one of the largest national providers of financing for multi-family properties and health care facilities. Early in his career, he was employed as an Economist for the National Oceanic and Atmospheric Administration. He also was the founder of Business Decision Systems, a software company that provided analytical support for the commercial lending platforms of major banks and corporations.

Mr. Mueller joined the Board of Woodwell Climate (then Woods Hole Research Center) in 2016, and served as Chair of the Board from 2020 to 2022, and currently serves as Chair of the Development Committee. He has previously served on the board of numerous non-profit organizations, including those whose missions focused on schools, affordable housing, woman’s homeless shelter , and the performing arts. He served as the Chairman of the Board of Rockport Music for four years of his nine-year term, and was actively engaged in their two major capital campaigns.