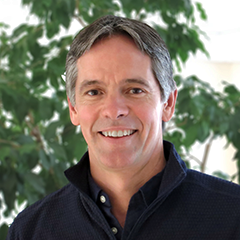 Dr. Scott Goetz is a Professor at Northern Arizona University. Between 2002 and 2016 he was a scientist at the Woodwell Climate Research Center, including five years as Deputy Director. He has conducted satellite remote sensing research for environmental science applications over the past 30 years, having both organized and served on numerous working groups for the IPCC, UN-REDD, US Global Change Research Program, US National Academy of Sciences, as well as NASA and NSF programs on arctic and carbon cycle science, climate change and terrestrial ecology.

He is the Science Lead of NASA’s Arctic Boreal Vulnerability Experiment (ABoVE) and deputy principal investigator of NASA’s Global Ecosystem Dynamics Investigation. He has published over 150 refereed publications, which have been cited some 14,000 times. His research has been covered by numerous news agencies (including The New York Times and National Public Radio), popular magazines (e.g., National Geographic, Scientific American), and science news venues (e.g., Nature, Science).

Prof. Goetz was awarded a Fulbright Research Scholarship in Toulouse, France, and has received NASA team awards for interdisciplinary science. He is an executive board member of Environmental Research Letters, served for 10 years as an associate editor of Remote Sensing of Environment, and has sponsored dozens of early career scientists and graduate students.

Prof. Goetz received his Ph.D. from the University of Maryland.