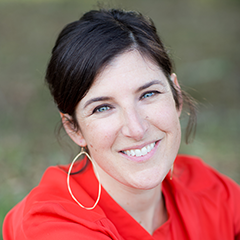 Ms. Stephanie Tomasky is an Emmy Award-winning documentary producer, director, and writer and has over 20 years experience producing for HBO, NBC, A&E and the History Channel. Ms. Tomasky has always believed in the power of media and storytelling for social change and in keeping with this she has used her skills to produce and help raise funds for the sciences, including The San Francisco General Hospital Foundation and The Institute for Global Orthopaedics & Traumatology. She has also used her talents to help raise awareness and funds for important local and global causes.

Ms. Tomasky comes to Woodwell Climate with the unique perspective of a documentarian and is eager to use her energy and skills to help tell the story of the important science and policy initiatives of Woodwell Climate.