An “interesting” winter shaping up 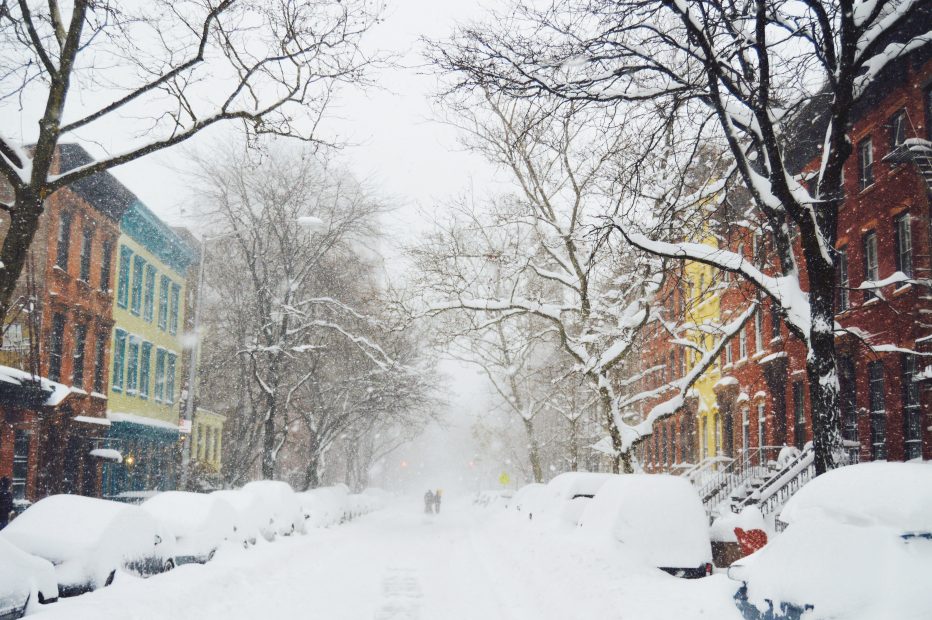 So far 2019 has been a blockbuster year for extreme weather in the U.S. and elsewhere around the northern hemisphere. January brought an intense “polar vortex” to the Midwest, marked by persistent, record-breaking cold, along with near-record snowfalls in the Sierra Nevada and parts of the Rockies. Spring unfolded with a pair of floods in the mid-Atlantic region along with intense “bomb cyclones” exploding over the U.S. heartland, resulting in catastrophic flooding. Adding insult to injury was a prolonged spate of tornadoes and severe thunderstorms in the same region, leaving many farmers unable to plant their submerged fields. Summer unleashed record-breaking heatwaves in the southeast United States, Europe, and Alaska that fueled wildfires and the second largest melt of Greenland’s ice sheet. As hurricane season fired up, we watched in horror as Cat-5 Dorian threatened the east coast of Florida with “the big one,” but instead stalled over the northern Bahamas, wreaking destruction like an atomic bomb. Rare tornadoes ripped through Cape Cod in August, and nascent tropical storm Imelda—barely noticed in headlines—inundated the Houston area, still recovering from the wrath of Harvey, with over three feet of rain. A winter-like September storm brought over 40 inches of snow to parts of Montana, breaking yet more records. Extreme weather happens, but this year has been freakish by any metric. Will this rash of events continue through the coming winter?

Predicting how weather might behave a season in advance is challenging, but some factors tip the odds toward particular weather regimes in certain areas. Traditionally the existence of El Niño or La Niña—a large-scale temperature pattern in the eastern equatorial Pacific Ocean—has been a useful predictor, but new studies suggest that it has become less reliable in recent decades as other climate-change-related factors have started exerting their influence. Some ominous signals are already hinting that the coming winter may continue 2019’s long list of “interesting” weather events. Here’s what we’re watching:

The “Warm Blob”: During the winter of 2014, a large area of much-above-normal ocean temperatures formed in the eastern N. Pacific, causing a major disruption in marine life along the U.S. west coast along with prolonged weather conditions across the country—warm and dry in the west, cold and stormy in the east. The Blob was caused by a very persistent area of high pressure—dubbed the Ridiculously Resilient Ridge—that weakened winds in the region and allowed surface waters to warm. Recent studies suggest that the increased tendency for these strong ridges off the west coast may be boosted by the extensive loss of Arctic sea ice around Alaska. Now we are seeing a reincarnation of this ocean feature, which again appears to be juiced by a ridiculously resilient ridge in the eastern North Pacific. While the warm water does not yet extend to the depths of the 2014 event, all eyes are watching the evolution of this Blob. If it persists and intensifies, we may see an unusually wavy jet stream develop over North America, along with the extreme weather it tends to create—brutal cold, winter heatwaves, and intense storms. And if the right pattern for nor’easters sets up along the east coast, they’ll have plenty of energy to draw from the unusually warm ocean waters parked along the Atlantic seaboard.

Another banner ice-loss year in the Arctic: The minimum extent of Arctic sea ice during summer of 2019 came close to breaking the all-time record low set in 2012. Instead it tied with 2007 and 2016 for second place. The areas with greatest losses occurred north of Siberia and Alaska, setting the stage for likely impacts on the jet stream. Besides the effects on North American winters already mentioned, the region east of Scandinavia has been fingered as having a special relationship with the stratospheric polar vortex, a ring of strong westerly winds that blow only during winter about 30 miles up in the atmosphere. New studies suggest that when sea ice disappears in this region, the chances of disrupting the vortex increase, which inevitably triggers a winter of extreme weather events all around the northern hemisphere. One of these disruptions was responsible for the Midwest’s deep freeze last January, along with heavy snows in western mountain ranges.

What to watch: Two precursors to a vortex disruption are a strong high-pressure ridge over the Ural Mountains of Russia together with an unusually extensive snowfall over northern Siberia during October and November. This amplified ridge/trough couplet in the jet stream generates wave energy that can travel upward and disturb the vortex, like bumping a spinning top. All meteorological eyes will be watching for these features to unfold—or not. An excellent resource for weather geeks to keep track of this weather connection is the weekly blog by my colleague, Dr. Judah Cohen of AER, Inc.

While the details remain elusive as to what sorts of extreme weather will be unleashed on whom, all indications point to another wild winter on tap for the northern hemisphere. My money is on a mostly warm/dry western U.S. along with a mostly cold and stormy east, but Mother Nature may have new surprises up her sleeves. One thing is clear: our definition of “normal” may need a total reboot.