There is growing recognition that soil moisture plays a crucial role in regulating the response of tundra carbon cycling to climate warming.

Arctic tundra is Earth’s coldest terrestrial biome after glaciers, yet this far northern biome is warming three to four times faster than the global average (Rantanen et al., 2022). Importantly, the Arctic tundra biome stores ~160 Pg C in the top 1 m of permafrost soils (Loranty et al., 2016), which is equivalent to ~17 years of humanity’s fossil fuel emissions at current levels. Continued warming could cause a significant portion of this carbon to be released into the atmosphere over the coming century (Schuur et al., 2022), therefore it is crucial to better understand the carbon balance of tundra ecosystems including climate change impacts. 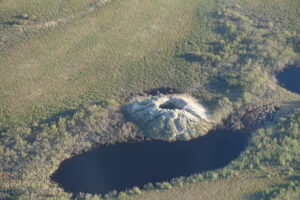 Four years ago, Morris J. Alexie had to move out of the house his father built in Alaska in 1969 because it was sinking into the ground and water was beginning to seep into his home.

“The bogs are showing up in between houses, all over our community. There are currently seven houses that are occupied but very slanted and sinking into the ground as we speak,” Alexie said by phone from Nunapitchuk, a village of around 600 people. “Everywhere is bogging up.”

What was once grassy tundra is now riddled with water, he said. Their land is crisscrossed by 8-foot-wide boardwalks the community uses to get from place to place. And even some of the boardwalks have begun to sink. 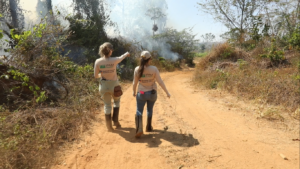 Last year’s United Nations climate conference in Glasgow, Scotland, had the same optimistic energy as the first day of a new school year. The United States — a truant since the nation withdrew from the Paris agreement under President Donald Trump — was back at the table. The cool kids (Leonardo DiCaprio, Prince William, Greta Thunberg) brushed shoulders with the nerds (everyone else). A parade of presidents and prime ministers pledged renewed climate efforts with all the fervor of students promising their parents that this semester would be different.

Nearly 23 million acres burned from 1982 to 2020. But almost half of that occurred in 2019 and 2020, and the region may be near a threshold beyond which extreme fires become more common. 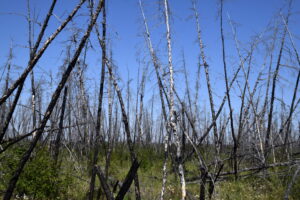 Rapid warming of the Arctic has led to the extreme wildfire seasons experienced in Siberia in recent years, scientists said Thursday, and such severe fires are likely to continue.

The researchers said that the Siberian Arctic, with its vast expanses of forest, tundra, peatlands and permafrost, was approaching a threshold beyond which even small temperature increases could result in sharp increases in the extent of fires. 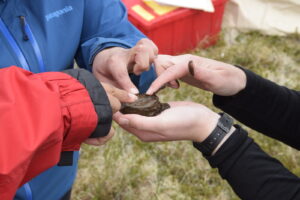 Woodwell Climate Research Center has released its first course in partnership with FutureLearn, a UK-based global social education platform that delivers learning through online courses, partnering with more than 260 universities and brands. FutureLearn aims to transform access to education for their diverse network of over 17 million learners with courses that empower them to solve the world’s biggest challenges, and Woodwell will be developing additional future courses through the partnership that address other areas of our scientists’ expertise, such as forest carbon and risk assessment.

“Permafrost thaw is an underappreciated problem, which unfortunately means that its impacts continue to be underestimated,” said Dr. Brendan Rogers. “While I’m excited for people to learn more about it through the course, my biggest hope is that all of those people will then share what they learned with someone else, and help expand the conversation.”

Offered free of charge on FutureLearn’s online platform, the course is designed for a broad audience, from policy influencers to business leaders, teachers, activists, and anyone interested in climate change.

“Unfortunately, climate change may not be a significant part of people’s formal education. But we all need to understand what’s going on,” said Woodwell Chief Communications Officer, Dr. Heather Goldstone. “With FutureLearn, we can share our insights and expertise with a large, diverse audience, delve into content more deeply than we ever could in a webinar, and provide a more interactive and flexible experience for learners.”

The course is open now for enrollment and on-demand learning, and Woodwell will be offering a facilitated session immediately after COP, with moderators available to answer learner questions.