The 30DayMapChallenge is a social media based mapmaking challenge open to everyone.  Each November, participants from all over the world create a new and original map for 30 days, where each day has a unique theme.  In 2022, Woodwell Climate Research Center participated as an organization, including as much of our work as possible while still adhering to the map categories.

On October 27, Woodwell Climate Research Center scientists Dr. Jennifer Watts and Dr. Rich Birdsey presented their research on natural climate solutions to the congressional staff of the House Select Committee on the Climate Crisis. Established in 2019, the Select Committee is charged with developing innovative policies and strategies to address climate change.

Since January, Woodwell’s External Affairs Department and Carbon Program have been working to incorporate more effective provisions for natural climate solutions into the upcoming Farm Bill—U.S. federal omnibus legislation that includes a wide array of agricultural and forestry programs and is due for renewal in 2023. Woodwell has identified priority issues for the 2023 Farm Bill, and the External Affairs team has been conducting outreach to congressional offices in addition to Drs. Watts and Birdsey’s presentation to the Select Committee.

A specialist in quantitative methods for large-scale forest inventories, Dr. Birdsey has pioneered the estimation of national carbon budgets for forest lands. His portion of the presentation highlighted the declining carbon storage potential of U.S. forests due to factors such as deforestation and increasing natural disturbances, underscoring the need for more effective forest management to mitigate climate change.

“There are significant opportunities to reduce emissions from forest disturbances and increase carbon stocks on the land, but policies need to include safeguards to avoid unintended consequences, such as degrading unprotected lands that have disproportionately high carbon stocks and high biodiversity values,” Dr. Birdsey said.

Dr. Watts currently co-leads the Carbon Monitoring in Rangelands project, which is focused on creating the Rangeland Carbon Tracking and Management Tool (RCTM) to assess the true greenhouse gas consequences of rangeland management.

“Most U.S. agricultural lands are extremely vulnerable to climate change. We need a comprehensive risk assessment and mitigation plan in place to safeguard our nation’s food systems, while also restoring lands to protect and improve key ecosystem services such as carbon sequestration and biodiversity,” Dr. Watts said.

Her portion of the presentation detailed how climate change and land mismanagement are undermining the significant carbon storage potential of rangelands. The development of a widespread monitoring platform, like RCTM, would provide a robust process for monitoring, reporting, and verifying carbon credits and would inform more effective management practices.

Our nation’s policies must be informed by robust science to best harness the natural carbon storage potential of these ecosystems. Policymakers can help enable the successful implementation of natural climate solutions by incentivizing climate-smart land use, supporting the development of data-based carbon crediting systems, and investing in climate mitigation activities that leverage the potential carbon storage capacity of natural ecosystems.

According to Woodwell External Affairs Analyst Natalie Baillargeon, the 2023 Farm Bill represents a unique opportunity to implement some of these solutions, and reaching out to policymakers is an important step.

“The House Select Committee on the Climate Crisis effectively serves as a congressional think tank on climate solutions,” Baillargeon said. “It is incredibly important to make sure they have all the science and research necessary to develop strong policy approaches to addressing the climate crisis.” 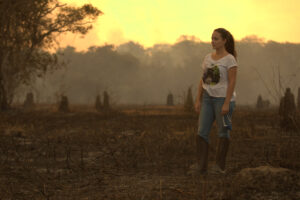 BRASILIA — When Luis Inácio Lula da Silva was elected president of Brazil on Sunday, Gustavo Conde felt a sense of relief — for himself and everyone.

“It feels like we can breathe again,” the 23-year-old cook said in downtown Brasilia. “And so will the planet.”

If Lula keeps his campaign promises to safeguard the Amazon rainforest, analysts say, Brazil could have a major impact on the worldwide fight against climate change, after years of accelerating deforestation under President Jair Bolsonaro. Scientists warn that the lungs of the planet, vital to slowing global warming, are approaching a tipping point.

We cruisers are acutely attuned to our surroundings, from weather and sea state to currents and marine life. We are also on the front lines of the impacts of a changing climate. 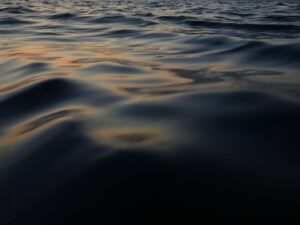 During ocean passages back then, we often saw swarms of flying fish and vast pods of dolphins that sometimes stretched from one horizon to the other. Coral reefs we explored were vibrant and home to a mind-boggling diversity of sea creatures. It was easy to find a good-sized fish to spear for dinner, and trolled lines usually scored a catch, even for fisher know-nothings like us. 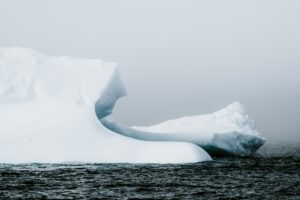 The 2015-16 El Niño fueled deadly record cyclones in the South Pacific and Mexico, as well as  severe droughts that resulted in thousands of early deaths from fires and haze in southeast Asia and tens of millions going hungry amid crop failures in southern Africa.

Strong El Niños like that one could happen more frequently in the future as Arctic sea ice starts to disappear in the summer, according to a recent study published in Nature Communications. The research is the first to find a direct link between sea ice loss and the occurrence of El Niño, a warming of surface water in the eastern Pacific off of Peru that encourages higher global temperatures and extreme weather around the planet.

Why burning biomass is not zero-carbon 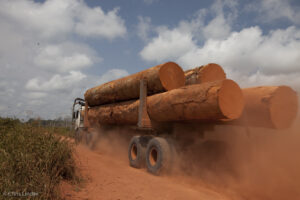 The climate emergency requires countries to transition away from fossil fuels, but it is important to be careful about the alternative energy sources chosen.

In particular, concern is growing over the use of biomass for energy, which is generated when wood or other plant material is burnt to generate heat and electricity. Many governments treat biomass energy as zero-carbon at the point of combustion, and subsidize it in the same way as renewables such as solar or wind, resulting in a large increase in the use of biomass for energy in the UK and the European Union (EU) over the past 15 years.

Streams affected by permafrost slumps carry substantially more carbon than typically found in other streams flowing through permafrost landscapes, according to a new study. 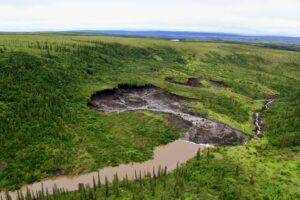 The research highlights freshwater’s growing role in the carbon balance of permafrost landscapes, like much of the Northwest Territories, as the world warms.

The work may help researchers refine their estimates of how much carbon is absorbed versus released in northern regions.