Climate communication at the core of Dr. Jen Francis’s work

Dr. Jennifer Francis testifying before the Senate Commerce, Science, and Technology Committee in 2019.

When Dr. John Abraham suggested nominating Dr. Jennifer Francis for the American Geophysical Union Climate Science Communication Prize at a casual dinner in early 2019, he was met with his colleagues’ resounding support. Earlier this month, the preeminent association of earth scientists affirmed that idea, naming Francis the 2020 honoree. Founded in 2011, the award is given annually to a scientist who has worked to improve public understanding of climate change and foster conversations that promote scientific values—two focal points of Francis’s career.

“The past recipients are amazing,” says Francis. “I’m unbelievably honored to have my name join that list.”

For the past decade, Francis has engaged a wide spectrum of audiences about climate change and extreme weather, such as various public groups, realtors, press events, congressional staffers, the U.S. Navy, the FBI, teachers associations, White House staffers, and numerous educational groups. She regularly reaches out to reporters and responds promptly to requests for media interviews, writes articles for public audiences (including two articles for Scientific American and one for The Old Farmer’s Almanac), and participates in videos and documentaries such as Eli Kintisch’s After the Ice, a miniseries about Bering Sea communities facing profound environmental change, Rainn Wilson’s An Idiot’s Guide to Climate Change, PBS News Hour, BBC, Al Jazeera, and many others. Her newspaper op-eds and public presentations highlight the relationships between changing Arctic temperatures and mid-latitude extreme weather, and more broadly, explain the risks to society and ecosystems already posed by the climate crisis. 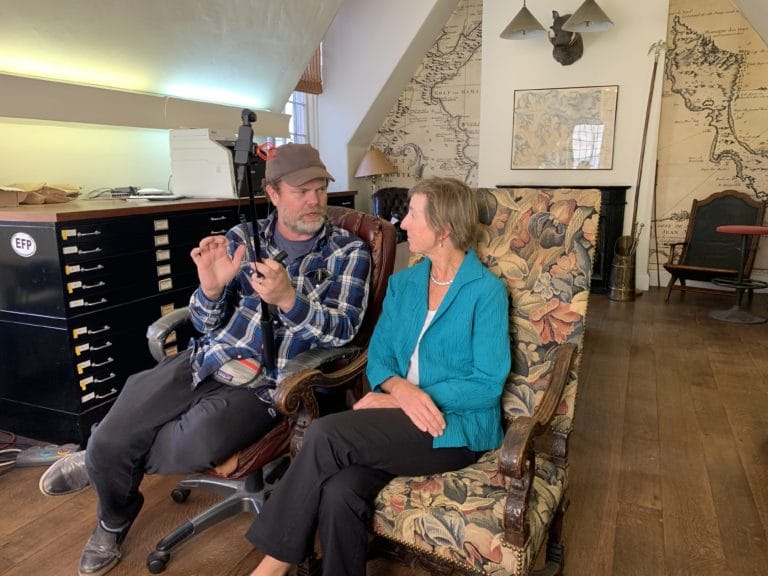 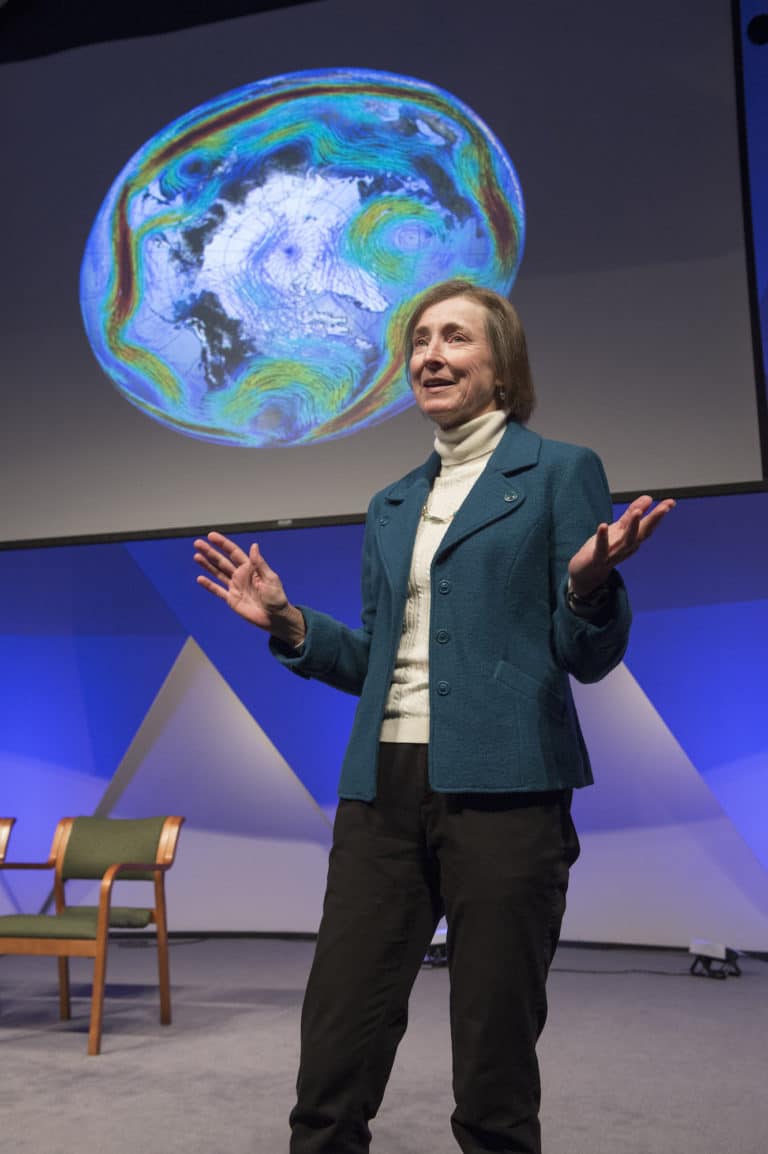 Right: Jen Francis presenting on the connection between weather and a melting Arctic at Arctic Matters Day in 2016.

Following her seminal 2012 paper that first introduced the idea that rapid Arctic warming could change the jet stream and contribute to more frequent extreme weather events, Francis was interviewed by countless reporters and featured in several documentaries, including an Australian one entitled Extreme Weather, produced by Anja Taylor. Francis knew then that her research had the potential to reach a large audience and underscore the urgency of climate change to those less swayed by projections and models.

“The topic I was working on was suited to creating stories that the public could relate to. The Arctic is changing so fast that you don’t need a microscope or complicated graphs to see it. By connecting the melting sea ice to crazy weather, we can demonstrate that climate change is happening now. I think efforts to communicate this sense of urgency about the climate crisis play a large role in the increased public attention to this issue and are why climate change is rising in political priority,” explained Francis. “I was thrown into the spotlight by this controversial research, and at the time I hadn’t received any formal training in science communication. I scrambled to navigate this new world. Early on I learned to stick to the high road, especially in dealing with rude climate-change deniers and even members of the scientific community who criticized my work in unconstructive ways.”

Francis also communicates directly with politicians and policy makers, and has testified before the Senate and Congress on multiple occasions. Most recently on December 8, 2020, she testified before a Senate subcommittee focused on issues of Arctic security alongside military personnel and shipping industry professionals. By framing physical risks within this larger context, Francis is able to bring climate change to the forefront of important conversations with these unexpected stakeholders. To prepare for this testimony, Francis worked closely with the Woodwell Climate External Affairs team, including Dave McGlinchey and Emily Marshall.

“I feel very fortunate to be a part of an organization that puts such an emphasis on scientific communication. Our Risk team makes business and policy leaders aware of the severity of the climate crisis and illuminates how these issues are affecting us now as well as how they will affect us in the future,” says Francis. “Dave and Emily helped me put together slides and work through my statement. We at Woodwell are committed to bringing our science to stakeholders. There is so much collaboration that goes into effective science communication and I appreciate that my team here sees this as an imperative part of our mission.”