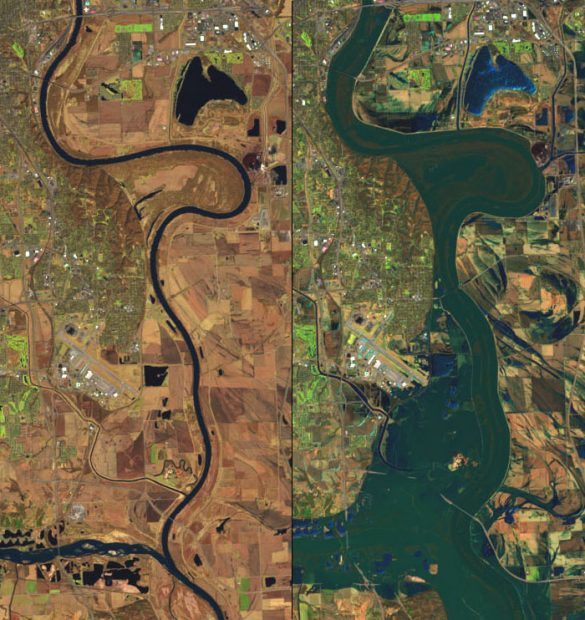 The beginning of 2019 was the 3rd-warmest ever, according to the federal National Oceanic and Atmospheric Administration, and the five warmest January-May periods have all come in the last five years. The United States has been wracked by extreme precipitation, with May being the 2nd-wettest month in US history. 2019 is also the wettest year-to-date and the United States is experiencing the wettest 12-month period in recorded history.

With a range of extreme weather records falling or being challenged in the early months of 2019, Woodwell Climate Research Center (formerly Woods Hole Research Center) Senior Scientist Jennifer Francis has been a prominent voice in the national conversation about climate change’s influences.

Among the extreme weather events of note in the first five months of 2019:

On June 5, Dr. Francis took part in a Florida news conference to highlight the connection between global warming and strengthening tropical storms. The first presidential primary debate will take place June 26-27 in Miami, the U.S. city most threatened by rising seas, with activists pressuring debate hosts to make climate change a key topic. Additionally, Dr. Francis has been featured by the New York Times, Washington Post, Living Lab Radio on Falmouth’s WCAI-FM, and many other media outlets.

In the June 2019 edition of Scientific American, Dr. Francis authored an article connecting the dots between warming global temperatures and worsening weather extremes. “[E]very year it becomes clearer that today’s epidemic of bizarre weather cannot be explained by natural variability. Although in the past scientists were careful to not directly link climate change to specific weather events, we are now indeed saying that because of climate change, major floods are occurring more often. Killer heat waves are hotter and lasting longer. Cold spells are sticking around longer in some places, too.”