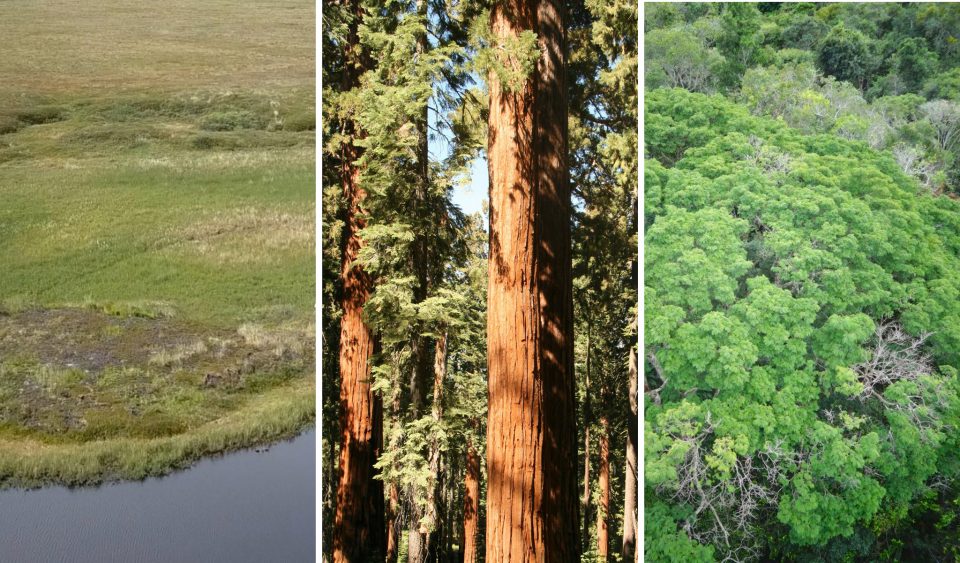 In February, Woodwell Climate Research Center (formerly Woods Hole Research Center) issued a round of grants from the Fund for Climate Solutions, a new internal funding instrument created by the Board of Directors. Projects awarded over the past year include establishing multiple permanent monitoring structures at observation sites in Alaska’s Yukon-Kuskokwim Delta, remote sensing research to help scientists and policy makers understand the global carbon cycle, and an on-the-ground project that will experiment with restored New England wetlands to improve coastal resiliency. The seven projects awarded during this fiscal year, which was also the pilot phase for the Fund, totaled $610,000 in grants.

The Fund for Climate Solutions aims to advance climate solutions by extending or augmenting crucial research initiatives, seeding new projects that offer breakthrough policy or scientific impact, and allowing startup projects to get off the ground to show proof of concept work for outside funding opportunities.

The new projects being supported by the Fund:

Burning Arctic Soil
Project Lead: Dr. Jonathan Sanderman
Arctic wildfires – which are becoming more frequent – convert plant and animal remains into charcoal that is stored in Arctic soil. The charcoal, called pyrogenic carbon, accumulates over time, storing more carbon underground as fires light and spread. Pyrogenic soil emits carbon at a slower rate than non-pyrogenic soil because of its slower decomposition rate. However, that differing rate of decomposition is not considered when calculating Arctic emissions of greenhouse gases. Sanderman hopes the pyrogenic carbon study will be an important building block as researchers work to understand emissions from the Arctic.

Forest Research Targets High-Emissions Fires
Project Lead: Dr. Brendan Rogers
Wildfires in Alaska release large amounts of greenhouse gases as the area’s carbon-rich vegetation is burned. Through new research, Rogers hopes to give land managers in Alaska the information needed to fight fires. Picking the right battles could be the key for land managers, who can cut carbon emissions by targeting the highest CO2-producing fires. To achieve net-zero emissions, we need to know when, where, and how fire management can and should be deployed as a mitigation tool.

Arctic Climate Change Observatory
Project Lead: Dr. Sue Natali
This project will establish permanent, unmanned monitoring structures at research sites in Alaska’s Yukon-Kuskokwim Delta. The Yukon-Kuskokwim Delta has been identified as a “hotspot” for methane emissions – a greenhouse gas and major contributor to global warming. The observatory will be the first ground-based system in the region for monitoring levels of methane and carbon dioxide emissions. It will also enable WHRC scientists to learn more about permafrost thaw and related climate impacts.

Can old forests and large trees sustain or enhance the terrestrial carbon sink?
Project Lead: Rich Birdsey
New measurements have shown that old trees not only hold more carbon than younger ones, but also remove carbon from the atmosphere at a faster rate. Work led by Birdsey will use this new understanding to estimate the potential climate benefits of preserving older “intact” forests throughout the United States. This has urgent policy relevance as interest builds in burning wood to produce electricity.

Gas Push-Pull Technique: A novel approach to in situ quantification of soil CH4 oxidation rates
Project Lead: Marcia Macedo
Through thawing permafrost, agriculture, and other means, greenhouse gas emissions from soils are an important contributor to climate change, but one that is impossible now to measure accurately. Work led by Macedo will develop and test a novel technique for measuring emissions from soils, which is applicable from the Arctic to the tropics. This should allow those emissions to be better understood and managed.

Wetland Restoration as a Climate Adaptation Strategy for Massachusetts
Project Lead: Chris Neill
The retirement of coastal cranberry bogs in Massachusetts is an opportunity to return these bogs to coastal wetlands. Among other benefits, this would provide protection against storms and sea level rise, as well as carbon storage. Work led by Neill will continue Woodwell Climate’s involvement in wetlands restoration in Massachusetts, by working with the state’s Division of Ecological Restoration.

Advancing the State-of-the-Art in Peer-Reviewed Science on Global Aboveground Carbon Stocks and Change
Project Lead: Wayne Walker
Scientists believe that land absorbs about 25 percent of human greenhouse gas emissions, but despite many attempts, it has never been possible to determine where that absorption occurs. By using Woodwell Climate’s unique forest-carbon monitoring capabilities to map how much carbon is going into forests globally, work led by Walker will shed light on the long-long-standing scientific mystery known as the “missing sink” of carbon.