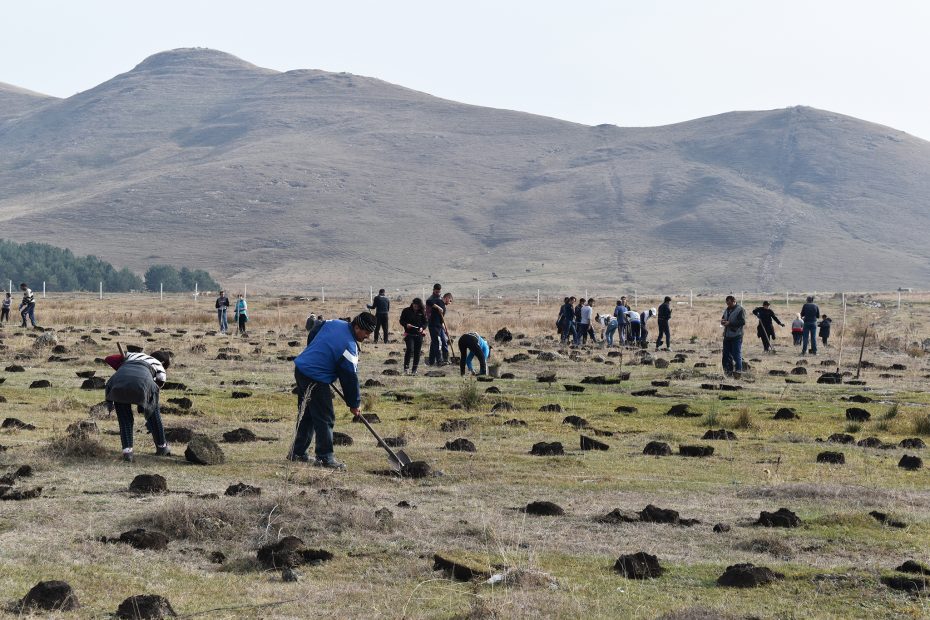 Armenia is a former Soviet republic in the semi-arid mountainous Caucasus region between Asia and Europe. War with neighboring Azerbaijan led to an energy crisis in the early 1990s, forcing Armenians to cut down trees for domestic firewood, deforesting huge areas of the country. Illegal commercial logging that sprung up during the energy crisis has persisted, with local activists now saying illegal activities are a bigger threat to Armenian forests than subsistence harvesting. Without swift action on reforestation, they warn desertification is a possibility.

Armenian Prime Minister Nikol Pashinyan opened the Forest Summit pledging to double his nation’s forest cover by 2050 and to start by engaging citizens in a massive planting effort this year. Reforestation is also a safety issue, as barren mountain sides have led to worsened floods. The Armenia Tree Project, based in Massachusetts and an effort by the Armenian Assembly of America, has helped plant 6 million trees since the 1990s.

“Armenia is facing critical climate and environmental management problems creating immediate challenges for national economic development. I was impressed by the national government’s progressive ideas on prioritizing forest landscape restoration as a key opportunity to resolve immediate concerns over economic growth and stability, but also as a strategically important issue for longer term climate adaptation,” said Dr. Bush. “Taking part in the summit was a great opportunity to share experiences from [Woodwell Climate]’s work in the DRC on institutional and organizational issues in mobilizing climate finance for landscape forest conservation and management.”

Woodwell Climate is exploring opportunities to partner with the Armenia Tree Project to further provide analysis and technical assistance to support the development and implementation of Armenia’s rapidly developing forest and climate change policy. Woodwell Climate’s expertise in landscape planning, forest and soil carbon monitoring and management, as well as economic and social analysis, will help in the design and prioritization of policy and management actions.