Interview with Rafe Pomerance: An insider look at the NYT Magazine climate issue 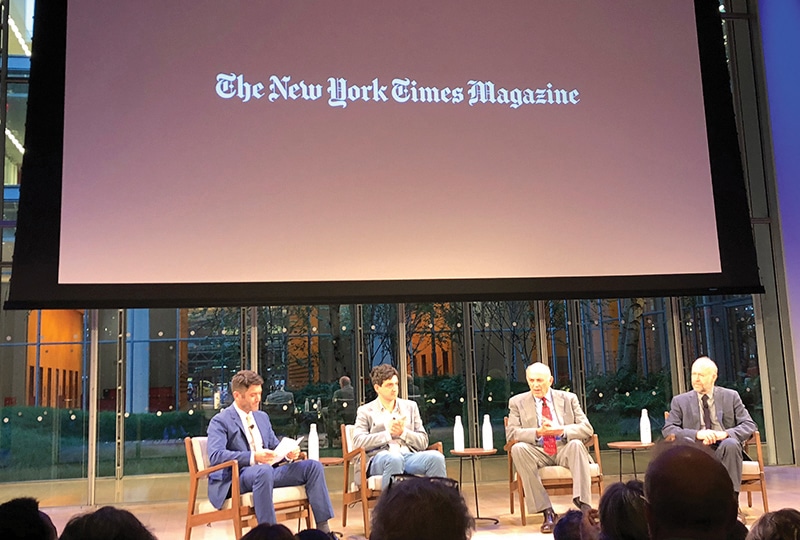 In August 2018, The New York Times Magazine dedicated an entire issue to one article focusing on climate change as an emerging political issue between 1979 and 1989.  “Losing Earth” was launched with an event and panel discussion in New York City, featuring author Nathaniel Rich and climate scientist Dr. James Hansen. At the center of the article and the panel, however, was Rafe Pomerance.

Pomerance was one of the first people to sound the alarm over climate change on Capitol Hill. He continues his work today as a senior policy fellow at the Woodwell Climate Research Center (formerly Woods Hole Research Center). Woodwell Climate interviewed Rafe about his starring role in the magazine article, and about his career fighting climate change. 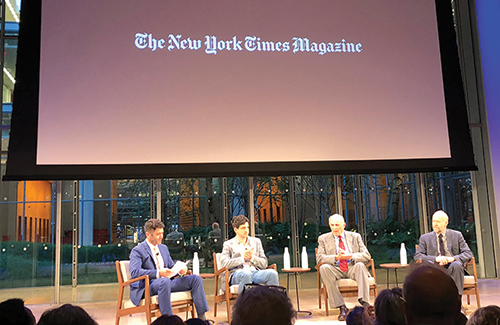 WOODWELL CLIMATE: What has the reaction been to the article?

RAFE POMERANCE: A lot of people were surprised by this retrospective. They didn’t know that we knew so much in 1979. They were moved. Otherwise, I have received very positive feedback and congratulations for the good work. Friends and colleagues weighing in, saying it was a good piece.

WOODWELL CLIMATE: As you read it, what do you think were the most important points of the article?

POMERANCE: At the time I began, no one knew anything about the problem. They hadn’t heard of it. There was no

knowledge except for a small corner of the scientific community. We had to educate policymakers who had no familiarity. And the most important point of the article was the failure of these institutions to respond.

The second thing is that [solving] climate change is a big job. We know that we need to shift from a carbon-based economy to a carbon-free economy and that’s the largest task we have ever taken on.

We could have been on our way but you had this disinformation campaign that was designed to seed doubt – to undermine the scientific consensus. That has had a deleterious result. I call it the denialist disease.

WOODWELL CLIMATE: You had numerous conversations with the writer, Nathaniel Rich, to share your story. Tell us about the process of developing this article.

POMERANCE: The conversations took place over a year and a half—something on that order. I didn’t know how the piece was going to shape up. I talked to Nathaniel many, many times. Sometimes about the same conversation or event. He was trying to get the sequence right. And then the way he put it together was excellent.

I was so impressed by his research. We would talk, and he would come back having turned up transcripts and events that I had forgotten about. I didn’t remember every detail, and he would remind me based on a transcript.

His depiction of the Charney Committee (a federal research group assembled in 1979 to study carbon dioxide and climate change) meeting in Woods Hole was amazing.

There are two schools of thought about the article. The first is, they are amazed by how much we knew back then. They’re taken in by the story, and they could read the whole thing because Nathaniel is such a good writer.

The second school of thought is that he downplayed the campaign of disinformation. These are critiques around the edges. My dominant feeling was that this piece really generated an enormous amount of attention and interest.

WOODWELL CLIMATE: George Woodwell, who founded Woodwell Climate Research Center (then Woods Hole Research Center), was mentioned several times in the article. Rich wrote that Woodwell “had been calling for major climate policy as early as the mid-1970s, and an international effort coordinated by the United Nations.”

POMERANCE: I was really glad to see that George was mentioned and his insights were included. He played an absolutely crucial role in identifying the role of forests and natural systems in the carbon cycle. He was the voice for that issue.

He was on the second panel in the (1986 Sen. John) Chafee hearing. We fought to get him a spot and he did a great job.

I thought that the article could also have focused more attention on the central role played by Gus Speth—when he was at the White House’s Council for Environmental Quality and  at CEQ and the World Resources Institute.

WOODWELL CLIMATE: Looking back, reading the article, and seeing where we are today, do you feel frustrated? Or, was it all worth it?

POMERANCE: Oh, absolutely. Every bit of effort was worth it. I knew very early that this would become a dominating issue on the planet. We started out and nobody knew anything about it and now everyone does. Was it worth it? Absolutely.

WOODWELL CLIMATE: What is the way forward?

POMERANCE: Organizing in states that are being affected by impacts that are clearly attributable to climate change. Like sea level rise. In 2018 we saw a Republican in Florida sponsoring a carbon tax bill.

WOODWELL CLIMATE: What has changed since you started working on this issue?

POMERANCE: It was clear then—but it’s absolutely clear now— that we have to get this done. We have to decarbonize. I’m more convinced than ever.

It requires a massive response. What the story tells is that then it was a prediction and now we are observing the reality. And the forecasts are only harsher. The challenge is scale, urgency and timing. But we need a global push, and as soon as possible.