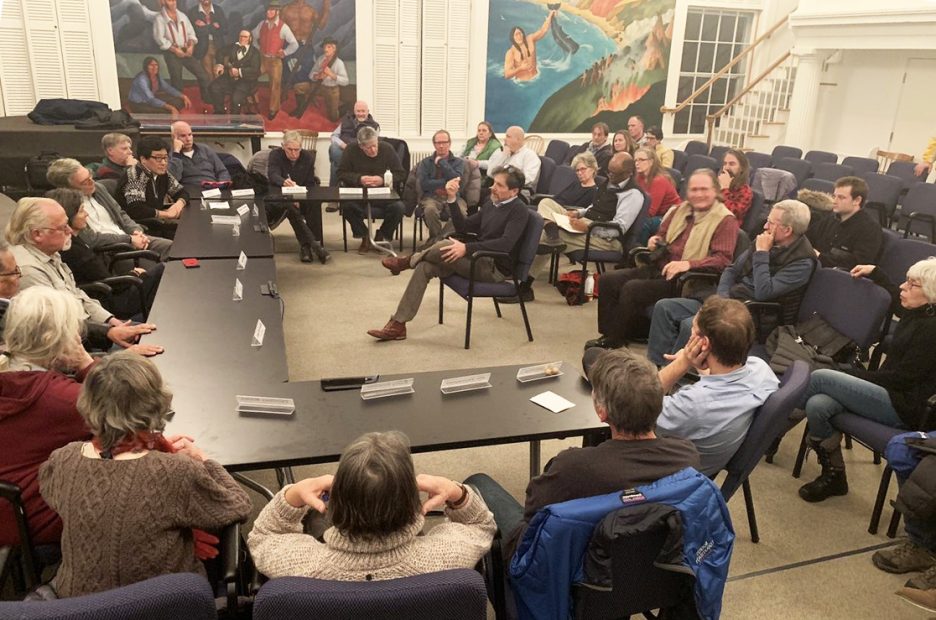 Duffy’s talk covered the current state of climate change, as well as closer looks at permafrost thaw, extreme weather, drought, and sea level rise. He said that to address the crisis, the economy must be decarbonized and policy makers need to employ forests and agriculture soils to pull carbon out of the atmosphere.

“We need action. We need it now,” Duffy said.

He told the commission that the 100-square-mile island—located just off of Cape Cod, MA—could be a leader in decarbonizing and preparing for climate change.

Immediately after Duffy’s talk, the Commission voted 13-0 for a “climate emergency resolution.”

The island includes six towns: Tisbury, Oak Bluffs, Edgartown, West Tisbury, Chilmark, and Aquinnah. The commission is the regional planning agency that coordinates development planning with all of the town governments.

The resolution stated that “the Commission believes it is necessary and appropriate to exercise its authority to protect Island values in the face of the climate crisis.”

The resolution also obligated the Commission to develop a climate change framework for its review and consideration of Developments of Regional Impact and regional policy and planning initiatives.

“I feel Phil’s presentation helped the commissioners understand the urgency to act, and galvanized support for the resolution,” said Ben Robinson, a member of the Commission and the Tisbury Planning Board.