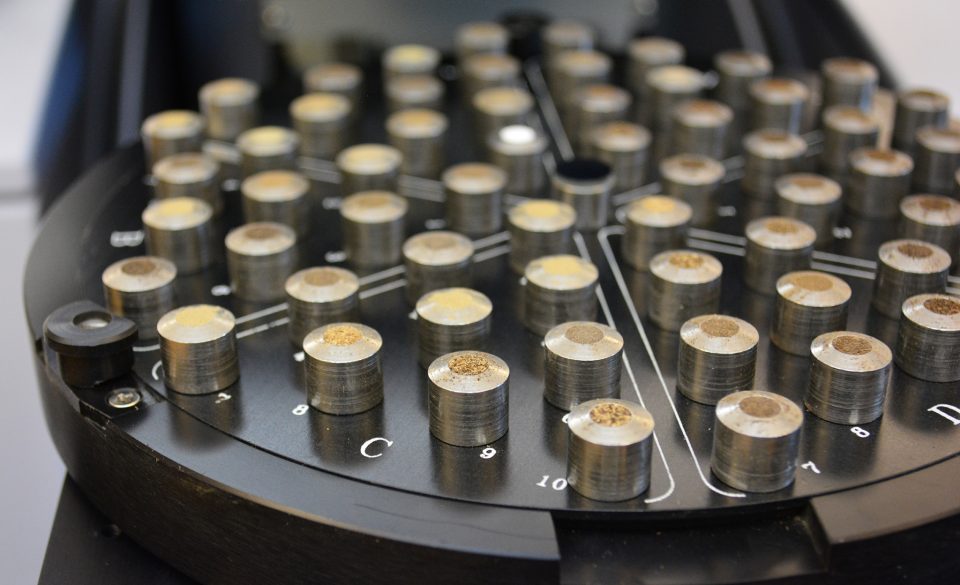 Measurements of the amount of light that soils can absorb at different wavelengths can be used to quickly and cost-effectively produce large datasets on soil properties, according to a new paper released this week in the journal Soil Systems.

The research was led by Woodwell Climate’s Dr. Jon Sanderman and Dr. Shree Dangal and was funded by the U.S. Department of Agriculture’s (USDA) National Institute of Food and Agriculture. According to Sanderman, the study aimed to better understand and predict how soil carbon responds to land use change, especially under a changing climate.

The researchers focused on increasing the availability of soil data by making it cheaper and easier to measure properties such as organic carbon and texture. Sequestering carbon in soils is a major climate mitigation strategy, primarily through improving agricultural practices and encouraging strategies such as no-till farming and the planting of cover crops. This approach has been hampered, however, by insufficient data. Unlike aboveground forest carbon, soil carbon cannot be measured using satellite imagery.

“While accurate measurement of different soil properties, like organic carbon and texture, is routinely possible, it is currently laborious and expensive,” Dangal said. “By utilizing the light absorbed by soil at different wavelengths, we have developed statistical routines to accurately estimate soil properties that can possibly replace traditional laboratory-based laborious and expensive methods.” The paper identified the the total cost of standard soil characterization procedures at the US National Soil Survey Center to be about $2,500 [per small unit] with processing times of 6–12 months.

Sanderman and Dangal used diffuse reflectance spectroscopy — essentially measuring how much light soil can absorb at different wavelengths. In the past, this approach has been primarily applied for specific projects but the team used the USDA’s National Soil Survey Center mid-infrared spectral library and associated soil characterization database to demonstrate that the approach could be used at the scale of the continental United States. They tested and optimized several advanced statistical approaches for providing routine predictions of numerous soil properties relevant to studying carbon cycling.