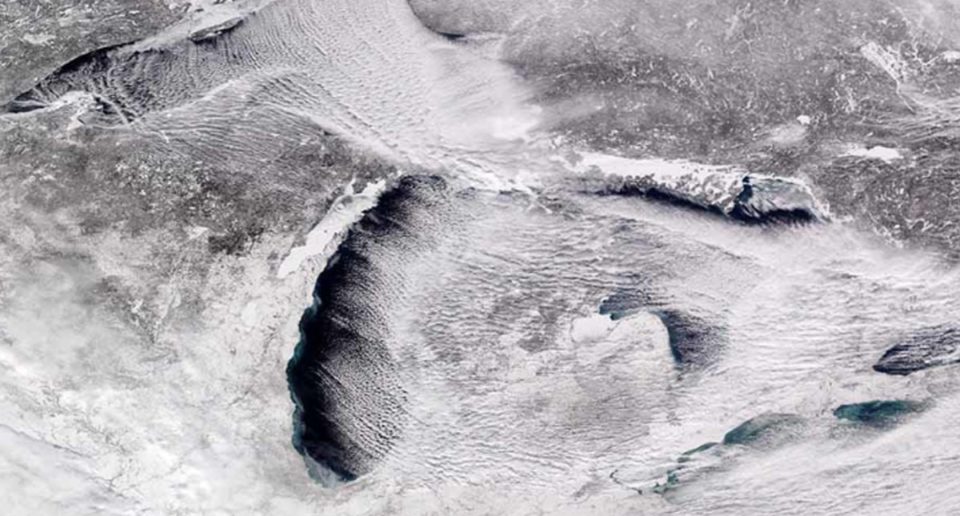 Francis is world-renowned for her research on Arctic warming and its disruptive effect on weather in other regions of the world. Francis’ research has focused specifically on the connection between the rapidly warming Arctic and a weakened jet stream.

When Arctic cold brought temperatures as cold as 30 or 40 degrees below zero, many news organizations cited Dr. Francis to explain the unusual weather and its connection to climate change. She was interviewed by the New York Times, USA Today, the Guardian, and PBS NewsHour, among many other outlets.

“Taking these complicated research results and weaving them into a story that people can understand — I see that as a really important part of my job,” Francis said. “[Woodwell Climate] is becoming a destination for the media to get good scientific information and to get help translating it in a way that can connect with non-scientific audiences.”

Francis said that emerging research showed that a warming Arctic—and in particular sea ice loss—was disrupting the polar vortex and causing it to split. Gaining a better understanding of how warming temperatures and melting sea ice disrupt global weather patterns is one of Francis’ top research goals.

Francis came to Woodwell Climate from the Rutgers University Department of Marine and Coastal Sciences. Francis received her Ph.D. in Atmospheric Sciences from the University of Washington and her undergraduate degree from San Jose State. Before becoming a senior scientist, she served on the Woodwell President’s Council.

Working with the press on the polar vortex has been encouraging, according to Francis. “I’m getting fewer questions from the media about whether climate change is real or not. Those have pretty much dried up, which is a great thing. As the public becomes more affected by extreme weather and sea level rise, people are getting more hungry for more meaty information. There’s a genuine increase in level of sophistication of questions from the media, because their audience wants it.”