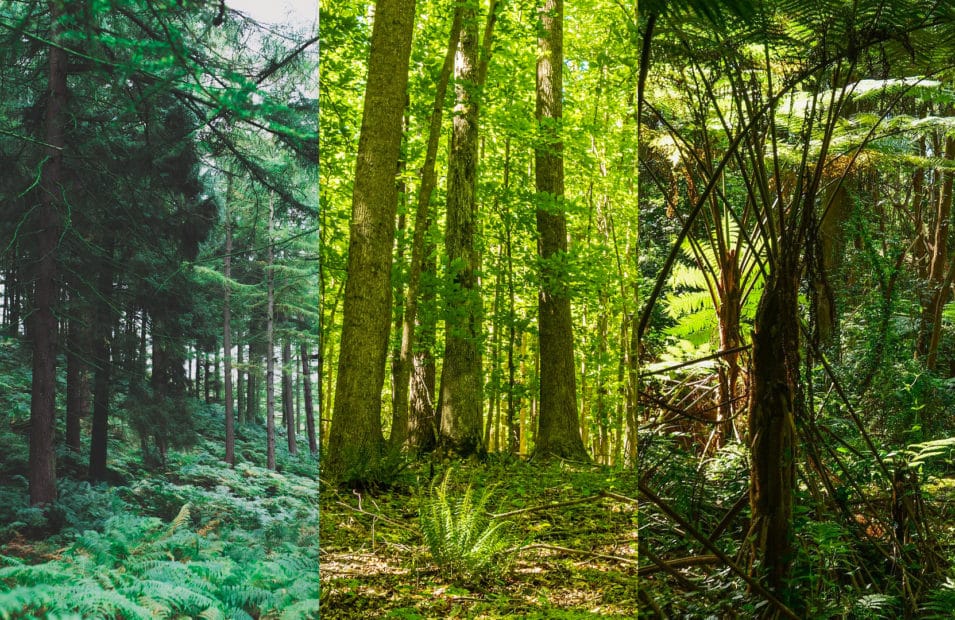 Boreal forests are home to 481 Million hectares of remaining primary forest, or 41% of the global total

Boreal forests store about 65% of the world’s forest carbon, which is mostly held within the soils.

Large trees are critical to maintaining biodiversity, and are being lost due to harvesting and other anthropogenic impacts.

The diverse ecosystems, flora and fauna within the boreal forest, contribute to the ecosystem services this biome provides.

Temperate forests are home to 108 Million hectares of remaining primary forest, or 9% of the global total, highlighting the urgency of protecting what’s left

Primary temperate forests sequester and store vast amounts of atmospheric carbon in living and dead biomass and soil organic matter, holding on to it for centuries.

Loss of big, old trees is a global concern as fewer of them, and the primary and intact forest landscapes that harbor them, remain due to logging and other threats.

Big, old trees occur at low densities per hectare but are essential to the health of a primary tropical forest.

Native animals, plants, trees, fungi and microbes interact to create stable and enduring primary forests. Primary tropical forests are irreplaceable for biodiversity. They protect about two thirds of all terrestrial plant and animal species, many of which do not survive in degraded forests.