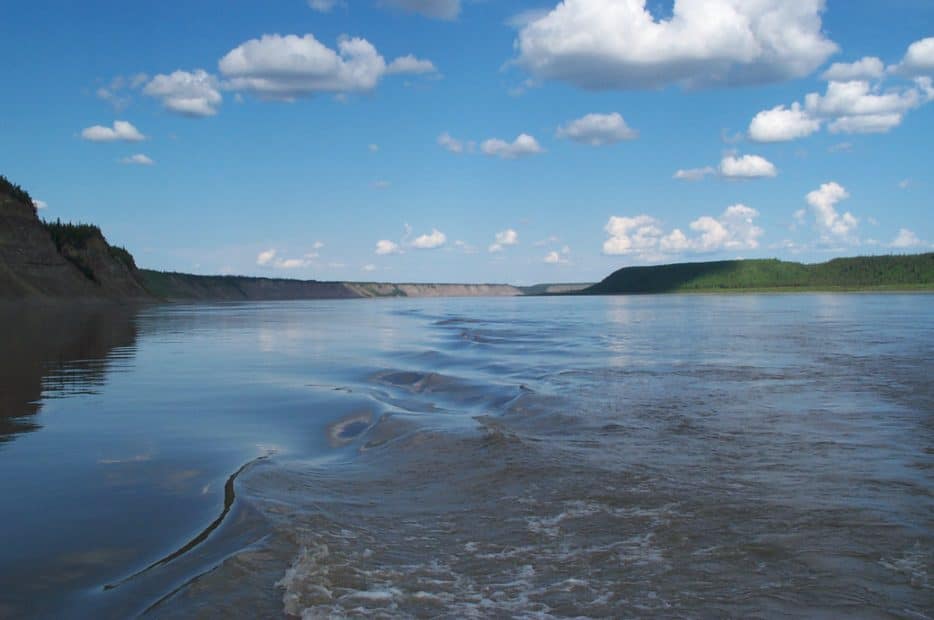 Long-term ecological monitoring doesn’t always look like typical scientific experimentation. There isn’t always a single hypothesis being tested, and it’s often unclear what might be learned. However, these projects, and the constant streams of data they provide, can yield discoveries that would otherwise be missed. Since 2003, the Arctic Great Rivers Observatory (ArcticGRO) has sampled six of the largest Arctic rivers, generating an archive of essential data about the rivers’ biological, chemical, geological, and physical processes, which can indicate changes in the surrounding watersheds and impact the ocean. Those data have revealed new evidence of the remarkable changes taking place in Arctic ecosystems, specifically the release of ancient carbon from thawing permafrost.

“Many of us are interested in the Arctic because we know there are vast amounts of carbon stored in the permafrost,” Woodwell Climate’s Dr. Robert Max Holmes says. “As the Arctic warms and permafrost thaws, we expect to see signals of that carbon release in the rivers.”

The team took many measurements, including the radiocarbon age of dissolved organic carbon. Dissolved organic carbon (DOC) is a form of carbon often derived from vegetation that is deposited in rivers by smaller streams or overland flow. DOC has the potential to rapidly oxidize to carbon dioxide, furthering carbon feedback loops and amplifying global warming. Measuring the age of DOC in rivers provides a picture of the severity of surrounding permafrost thaw, as older DOC indicates deeper release and further thaw. Typically, DOC found in these rivers has been characterized as young, resulting from modern plant growth and surface soil. However, a
new study released in late 2020 found older DOC in the Mackenzie River, marking a departure from trends measured over the course of nearly twenty years.

The study collected young DOC from the Mackenzie river and two connected tributaries in summer 2017 and summer 2019. In summer 2018, Holmes and other scientists reported aged DOC, previously only found in small streams and tributaries of thawing regions. This measurement was taken following a warm summer and the second warmest winter on record, indicating that high temperatures may be responsible for a deeper permafrost thaw and subsequent release of aged DOC. This was the first time this phenomenon was recorded in a large river. 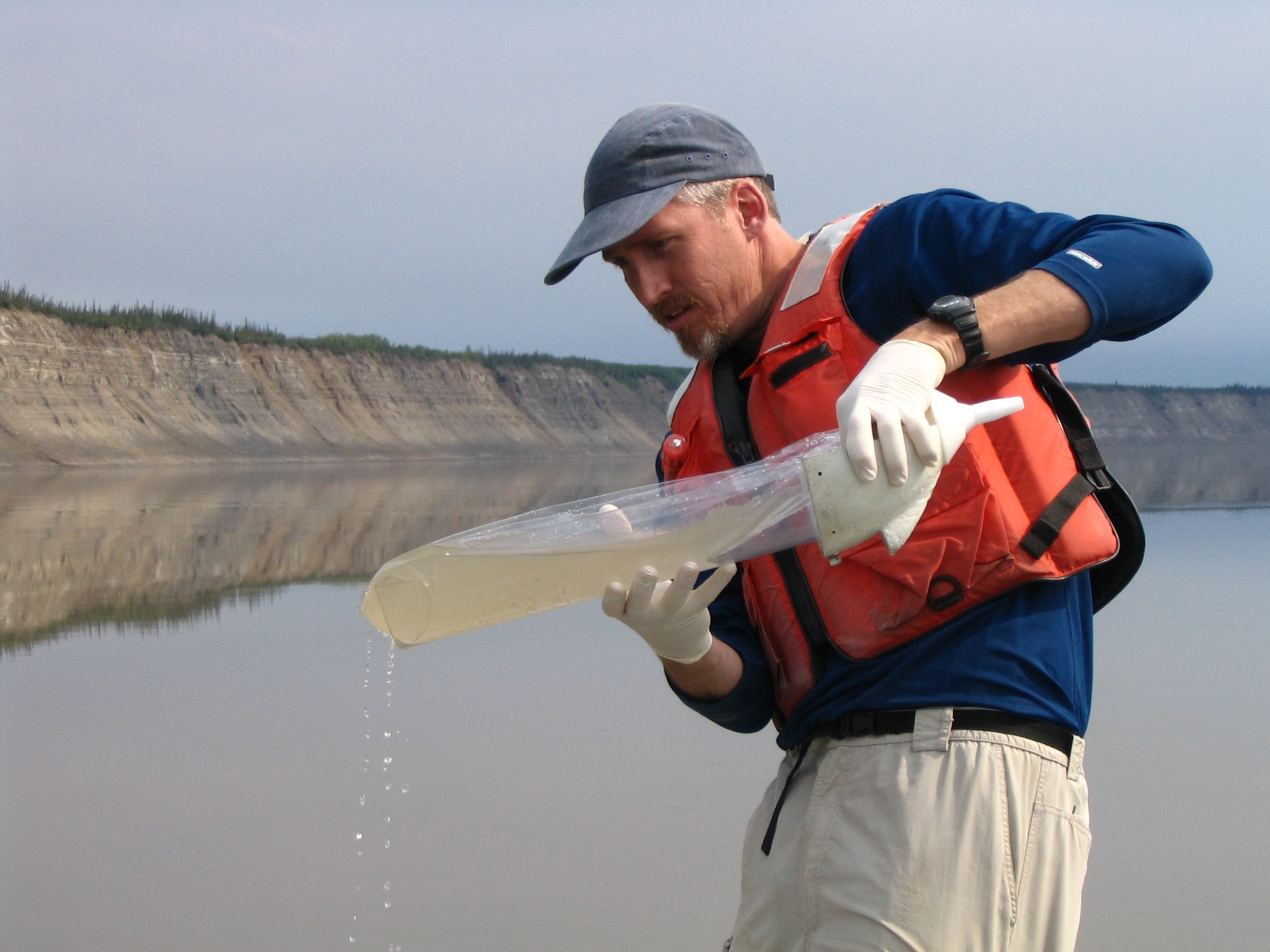 Above: Dr. Max Holmes taking a water sample from the Mackenzie River.

“We know that these findings are important because of the long-term data we have,” explains Holmes. “Sampling annually since 2003 allowed us to recognize a pattern. So, when we saw the aged dissolved organic carbon, we knew something was up. As a climate scientist, this is both exciting and scary. We’re now seeing evidence of the changes we’ve been predicting for years, which is exciting, but those changes are ones that we’d much rather avoid.

This 2018 anomaly supports previous evidence that the age of dissolved organic carbon can be a sensitive indicator of changes in the watershed and permafrost thaw. ArcticGRO will continue to date DOC from all six large rivers using samples already collected. To learn more about this work and further research, visit arcticgreatrivers.org.