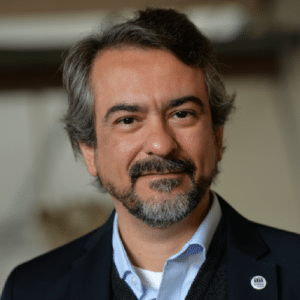 Mr. André Guimarães is the Executive Director of IPAM (Amazon Environmental Research Institute), a Brazilian think tank focused on the Amazonian challenges for reaching zero deforestation and sustainable development. He is also the facilitator of the Coalition on Climate Forests and Agriculture, a network of 200+ entities from the rural sector, academia and civil society, focused on the development of a long-term vision for land use in Brazil.

Mr. Guimarães began his career at Imazon (Amazon Institute for Mankind and the Environment), where he served as senior researcher and Executive Director, and is currently the Chairman of the Board. He has worked at the World Bank as project manager of the Rain Forest Pilot Program (PPG7) and as an executive for the Prototype Carbon Fund (PCF). Mr. Guimaraes has also been a director at A2R Environmental Funds, a venture capital firm, where he designed and capitalized the Clean Tech Venture Capital Fund (CTF). He was the executive director of the BioAtlântica Institute (IBio), a joint venture NGO among major Brazilian corporations and international NGOs. More recently, he founded and served as the CEO of Brazil Forests, a company dedicated to forest management, conservation and restoration of natural resources. He has served as the Vice President for Brazil and Vice President for Development at the America´s Division, both positions at Conservation International.

Mr. Guimarães graduated in agronomy from the University of Brasília (UnB) and has a master’s degree in agricultural economics from Cornell University (USA).