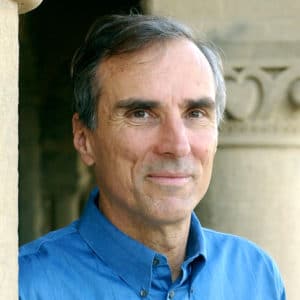 Dr. Brian Tucker is an earth scientist whose focus, since 1991, has been on preventing avoidable natural disasters in the world’s poorest countries by using affordable and socially-acceptable public policies and engineering practices. Tucker and his colleagues have worked on-site with local governments, nonprofit organizations, academic institutions, businesses and individual citizens to implement sustainable, cost-effective measures for such goals as the construction or strengthening of schools and hospitals, and the education of residents about risk-reduction programs. He specializes in adapting techniques used by developed countries in risk-mitigation projects so that they fit within the social, political, and economic constraints of at-risk communities in the developing world. He has accomplished this by bringing together experts in public policy, earth science, engineering, and business practices from academic research institutions, multilateral lending institutions, insurance companies, consulting companies and the diplomatic community.

Brian Tucker received a B.A. in Physics from Pomona College, a Ph.D. in Earth Sciences from the Scripps Institution of Oceanography at the University of California, San Diego and a M.A. in Public Policy from the Kennedy School of Government at Harvard University. Tucker served as Acting Director, Principal Geologist and Supervising Geologist at the California Geological Survey (1982-1991). In 1991 he founded the nonprofit organization GeoHazards International, which he led until his retirement in 2020. Tucker served on the Board of Directors of the Seismological Society of America, and in 2020 received the Society’s Frank Press Public Service Award. His other awards include: Nepal’s most prestigious honor for service to the people of Nepal by the King of Nepal (2000), John D. and Catherine T. MacArthur Foundation Fellow (2002), the U.S. Civilian Research and Development Foundation’s George Brown Award for International Science and Technology Cooperation (2007), California Academy of Sciences Fellow (2007), and Pomona College’s Distinguished Alumni award (2017). He has lived in Tajikistan and has worked in India, Nepal, Bhutan, Pakistan, Afghanistan, Soviet Central Asia, Indonesia, China, Haiti and Latin America.