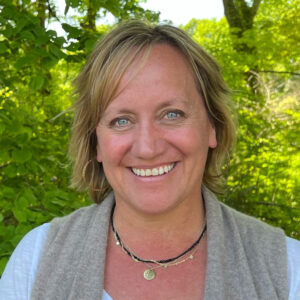 Corrie Martin is a global executive with experience leading and scaling nonprofit, academic, government, and private organizations. Her role is to ensure that Woodwell’s day-to-day operations are efficiently managed and focused on advancing our mission and implementing our strategic objectives. Her team builds and manages the systems and processes needed to support the organization with a focus on maintaining its core culture and values.

Martin has worked for mission-driven organizations for much of her career and has guided them through significant periods of growth. She previously worked as COO for the Ragon Institute of MGH, MIT, and Harvard, where she helped define the long-term vision and developed and implemented strategies to transform the Institute from a start-up operation to a mature organization. Prior to the Ragon Institute, she worked for the Clinton Health Access Initiative (CHAI) where she was responsible for providing strategic direction, guidance, and support to both CHAI’s in-country and global operations teams. She also led the Clinton Climate Initiative’s C40 Cities Program which partnered with city governments to help execute large scale climate projects focused on reducing greenhouse gas emissions.

Martin has experience living and working internationally and began her career with the Peace Corps as one of the first group of volunteers to work in Mongolia and later supported the programs in Tonga, Ethiopia, and Namibia. She has worked alongside communities that are most affected by climate change, which has driven her to work for an organization whose mission is focused on the urgency of addressing climate change.

Martin earned her Masters in Public Administration from Harvard’s Kennedy School of Government and her Bachelor of Arts from University of Vermont.