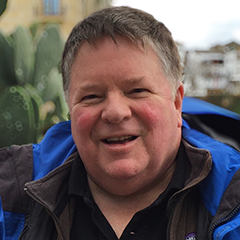 Dr. Dan Reifsnyder is an adjunct professor at the University of Virginia’s Batten School of Leadership and Public Policy. He also serves on the External Advisory Board of the Congo Basin Institute.

Prof. Reifsnyder spent over 40 years in Federal Service, most recently at the Department of State, where he was Deputy Assistant Secretary for Environment. In 2015, he co-chaired the U.N. negotiations that led to the Paris Agreement on climate change. He played a key role in the negotiations that led to the U.N. Framework Convention on Climate Change in 1992 and its Kyoto Protocol in 1997. For many years Prof. Reifsnyder worked on issues involving the Intergovernmental Panel on Climate Change (IPCC). He led the U.S. effort that accelerated the phase out of hydrochlorofluorocarbons under the Montreal Protocol in 2007 and was instrumental in negotiations that led to the Minamata Convention on Mercury in 2013. He also taught at Princeton University’s Woodrow Wilson School.