Woodwell Climate Research Center will be at Climate Week NYC. Join us! 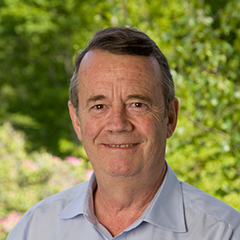 Mr. David Hawkins began his work in “public interest” law upon graduation from Columbia University Law School in 1970. He joined the Natural Resources Defense Council’s Washington, DC office in 1971 as one of the organization’s first staff members. In 1977, Mr. Hawkins was appointed by President Carter to be Assistant Administrator for Air, Noise, and Radiation at the Environmental Protection Agency. During his time at EPA, he was responsible for initiating major new programs under the 1977 Amendments to the Clean Air Act. With President Reagan’s election in 1981, Mr. Hawkins returned to NRDC to co-direct NRDC’s Clean Air Program. In 1990, he became Director of NRDC’s Air and Energy Program. In 2008, he became the Director of NRDC’s Climate Programs and is now based in the New York office. The Climate Center focuses on advancing policies and programs to reduce the pollution responsible for global warming.

In addition to working with Congress to design a legislative mechanism that will slow, stop and reduce the emissions of global warming pollution, Mr. Hawkins is recognized as an expert on advanced coal technologies and carbon dioxide capture and storage.

Mr. Hawkins currently serves on the boards of the Center for Clean Air Policy, Resources for the Future and the Board on Environmental and Energy Systems of the National Academy of Sciences. He is also a member of the U.S. Department of Energy’s Climate Change Science Program Product Development Advisory Committee. Mr. Hawkins participated in the Intergovernmental Panel on Climate Change’s Special Report on Carbon Dioxide Capture and Storage and is participated in the IPCC’s Fourth Assessment Report on climate change.