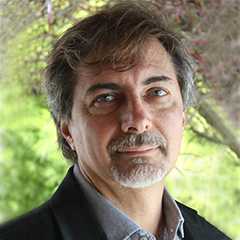 Dr. Paulo Moutinho is an ecologist interested in understanding the causes of deforestation in the Amazon and its consequences on biodiversity, climate change and inhabitants of the region.

Dr. Moutinho has worked in the Amazon for 20 years and was co-founder of IPAM Amazônia. He was also co-author of the compensated reduction of deforestation concept that contributed with the development of the mechanism known as REDD (Reducing Emissions from Deforestation and Forest Degradation). He participated actively in the establishment of the Amazon Fund and of the Brazilian National Policy for Climate Change.

From 2006 to 2010 Dr. Moutinho served as an Adjunct Associate Scientist at Woodwell Climate Research Center and over the last four years he acted as Executive Director of IPAM. He earned his M.Sc. and D.Sc. in Ecology from University of Campinas, Brazil. He is currently a senior scientist at IPAM, Brasilia, Brazil.