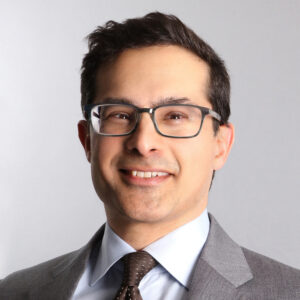 Sanjay Wagle is co-founder and Managing Director of The Lightsmith Group, a private equity firm investing in growth-stage technology companies that address critical societal needs, with a current focus on climate change adaptation and resilience.

Mr. Sanjay’s experience includes 12 years investing in venture capital and growth equity. As a Principal at VantagePoint Capital Partners, he helped to launch the firm’s CleanTech Group, which invested over $1 billion in 25 cleantech companies–most notably in the first institutional investment round in Tesla Motors.

In the first three years of the Obama Administration, Mr. Sanjay served as a senior official at the U.S. Department of Energy, overseeing the implementation of $15 billion of investments in clean energy under the American Recovery and Reinvestment Act. Mr. Sanjay was part of the founding team for ARPA-E and served as the agency’s first Associate Director for Commercialization, launching ARPA-E’s “tech to market” program to commercialize breakthrough energy technologies.

Earlier in his career, Mr. Sanjay was an Investment Officer at the World Bank/International Finance Corporation, where he led equity investments in private transport, power, and water infrastructure projects in developing countries.

Mr. Sanjay holds a B.A. from Harvard University and an M.B.A. from the University of California at Berkeley.