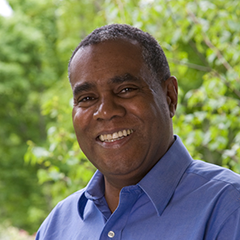 Mr. Curwood’s relationship with NPR dates to 1979 when he began as a reporter and host of Weekend All Things Considered. Mr. Curwood shared the 1975 Pulitzer Prize for Public Service as part of the Boston Globe‘s education team. He is also the recipient of the 2003 Global Green Award for Media Design, the 2003 David A. Brower Award from the Sierra Club for excellence in environmental reporting, and the 1992 New England Environmental Leadership Award from Tufts University for his work on promoting environmental awareness.

He is president of the World Media Foundation, Inc., and a director of BGC Partners, Inc. an inter-dealer brokerage firm based in New York and London. Mr. Curwood has also been a member of the Board of Managers of Haverford College since 2001, serving on the Investment Committee since 2003 and as chair of the Committee on Social Investment Responsibility since 2008. From 1996 to 2003, he was a lecturer in Environmental Science and Public Policy at Harvard University.