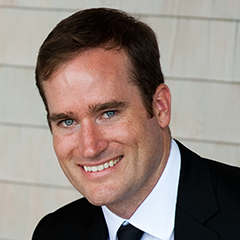 Mr. Tod Hynes is the founder of XL Fleet, a leading provider of fleet electrification solutions for the commercial vehicle market. He is also a Senior Lecturer at the Massachusetts Institute of Technology (MIT), where he teaches a graduate course, Energy & Climate Ventures. Previously, as the Director of Alternative Energy at Citizens Energy, he launched the company’s wind development business and assessed various other energy and carbon offset development opportunities.

Prior to Citizens Energy, Mr. Hynes founded a consulting and engineering company in distributed power generation. He also co-founded and is on the Board of the MIT Clean Energy Prize and co-chaired the Energy Committee of the Coalition for Environmentally Responsible Conventions (CERC), the organization that greened the 2004 U.S. presidential Democratic and Republican National Conventions.

Mr. Hynes holds a B.S. in Management Science from MIT.