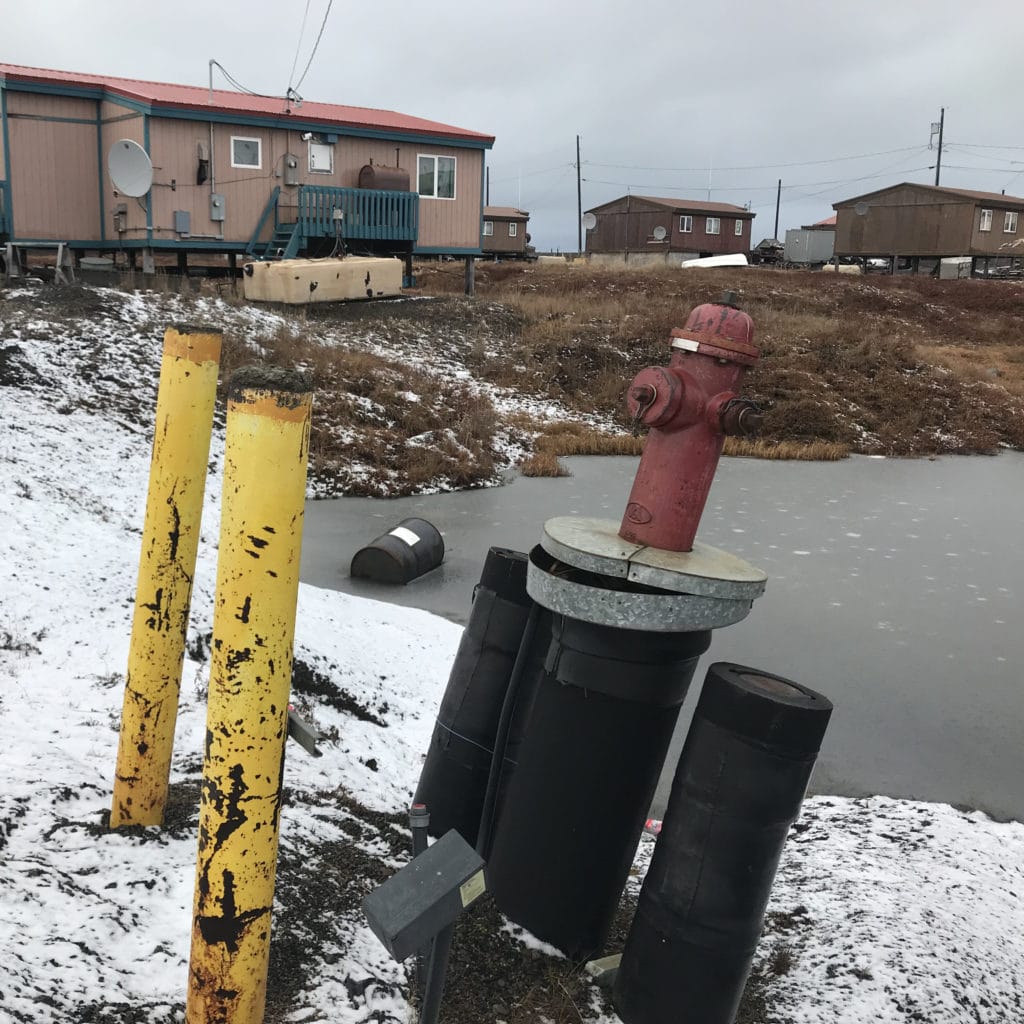 The Arctic has warmed twice as fast as the rest of the globe in the last two decades. In this region where the ground in some places is literally made of ice, rapid warming poses a serious threat to the lives, livelihoods and infrastructure of Arctic communities. A new review led by Dr. Gabriel Wolken from the University of Alaska, Fairbanks and Woodwell Associate Scientist Dr. Anna Liljedahl details the biggest hazards that could result—and in some cases already have—from permafrost and glacial thaw.

The paper was released as a special addition to the National Oceanic and Atmospheric Administration’s Arctic Report Card, an annual report on the status of the Arctic region. In it, the authors outline what we know, and the much larger gaps in our knowledge, about how thawing permafrost and melting glaciers are impacting Arctic communities.

Ice holds the Arctic together. An estimated 23 million square miles of land in the Northern hemisphere is permafrost, soil that traditionally stayed frozen solid year-round. When it begins to thaw, the land slumps, which can cause sinkholes, erosions, and landslides. Retreating glaciers can also destabilize mountain slopes. When collapsing glaciers or mountainsides fall into a nearby water body, they can set off a chain of cascading hazards, including outburst floods, debris flow, and even tsunamis.

Events like these have already been documented, with serious impacts on Arctic residents, yet research and monitoring of these hazards have been lacking.

“Houses are already collapsing, communities are already being impacted by permafrost thaw and having to adapt, including in some cases, to relocate. That’s been happening for a decade, at least, and it’s not getting the attention it should be,” says Woodwell Arctic Program Director Dr. Sue Natali, who also contributed to the Report Card.

And there is vast potential for unstable Arctic ground to have far-reaching global impacts. The collapse of an oil tank in Norilsk, Russia was partly attributed to the extremely warm conditions of 2020. Roads, pipelines, and shipping lanes are all at risk from thaw-related hazards.

“It’s not only affecting someone living near a glacier or on permafrost, it also extends farther than that,” Dr. Liljedahl says. “It includes national security. And we do not have broad-scale hazard identification and detection across the Arctic, or near real-time tracking of permafrost thaw and unstable slopes. We can do a lot more in utilizing the vast amounts of remote sensing imagery and observations made by people living in permafrost and glacier-affected landscapes.”

What’s desperately needed, Dr. Liljedahl says, are early warning systems that can alert residents of imminent threats, especially ones designed in tandem with the communities being affected. But, without more research and widespread monitoring of permafrost and unstable slopes, building such a  system would be nearly impossible—akin to taking precautions against a volcanic eruption without knowing where the volcano is.

The behavior and rate of thaw is also likely to change as climate change progresses. Permafrost itself releases emissions when it thaws and that accelerates the warming process, increasing the urgency for the necessary systems to be put into place.

“The rate of hazard formation and the combined effects of these hazards is much higher than it has been in the past, which will make it more challenging to respond to without accelerated efforts to monitor and map these hazards, and develop cohesive response plans,” says Dr. Natali.