Howland Forest, a one-square-mile plot of Maine’s vast, old-growth forests has become the site of one of the world’s longest-running scientific studies of how climate change interacts with trees—and Woodwell Climate Research Center’s founder was there from the start.

In the late 1980s, Dr. George Woodwell and senior scientist Richard A. Houghton recognized the need to measure the exchange of CO2 between land and the atmosphere. The two had been successful in “using measurements of carbon dioxide in air to make what were probably the first appraisals of respiration of a forest,” recalled Dr. Woodwell. “So it was understandable that I was interested in seeing the further development of those measurements, especially simple monitoring of air over time.”

Coincidentally, researchers at the University of Maine in Orono were working on similar issues at Howland Forest, part of a large tract in central Maine owned by the International Paper Company. The company had established an “experimental woods” and was running a project through the university to determine the length of time it would take to regrow a harvested forest. Woodwell found support for the Center to join with the UMaine in measuring the respiration of the forest and in the fall of 1989 a young research assistant, Paul Lefebvre, began work at Howland.

A gifted technician, Lefebvre perfected and programmed a data logger to record CO2 measurements. Every few months he made the six-hour drive from Woods Hole to the forest. In the winter when the bumpy dirt road to Howland Forest snowed over, Lefebvre pulled a sled carrying a 30-pound computer for an hour to reach the site.

At the core of the research site is a 35-meter tower rising above the forest canopy. Air intakes to measure ozone and carbon dioxide are situated at varying levels on the tower. In the beginning, Lefebvre’s method of measuring fluxes was somewhat rudimentary, but it was the precursor to eddy covariance, the technique now used widely around the world. It was also the era of the floppy disk, and UMaine researchers would regularly download the CO2 data and mail the precious disk back to Lefebvre.

Management of the Howland Forest project was passed on to bio-geochemist Kathleen Savage, who joined the Center in the late 1990s and since then has worked on various Howland studies. The two researchers have spent countless days and hours measuring aspects of the forest and inventing new techniques for monitoring carbon stocks – amidst the moose, black bears, bobcats, and bald eagles that inhabit the forest.

In the early 2000s, an investor interested in logging bought the forest. Scientists at UMaine and WHRC became concerned about the fate of the research site and contacted the Northeast Wilderness Trust to seek a solution. In 2007, the Trust raised $1 million to purchase the 550 acres of land, which ensured that Howland research would continue and the forest would be permanently protected. 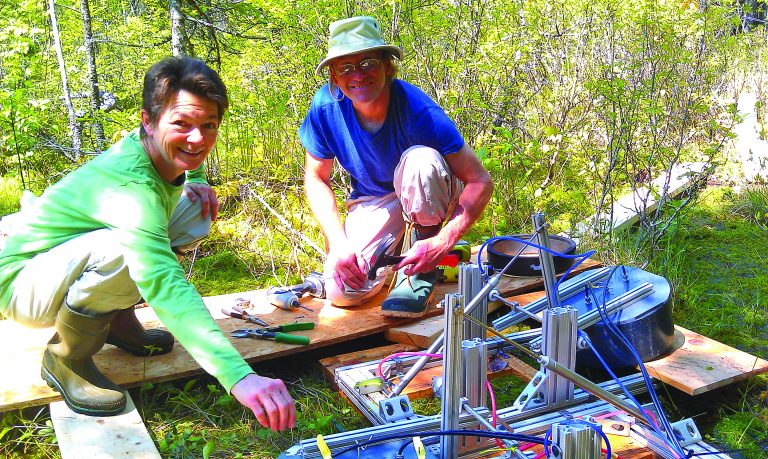 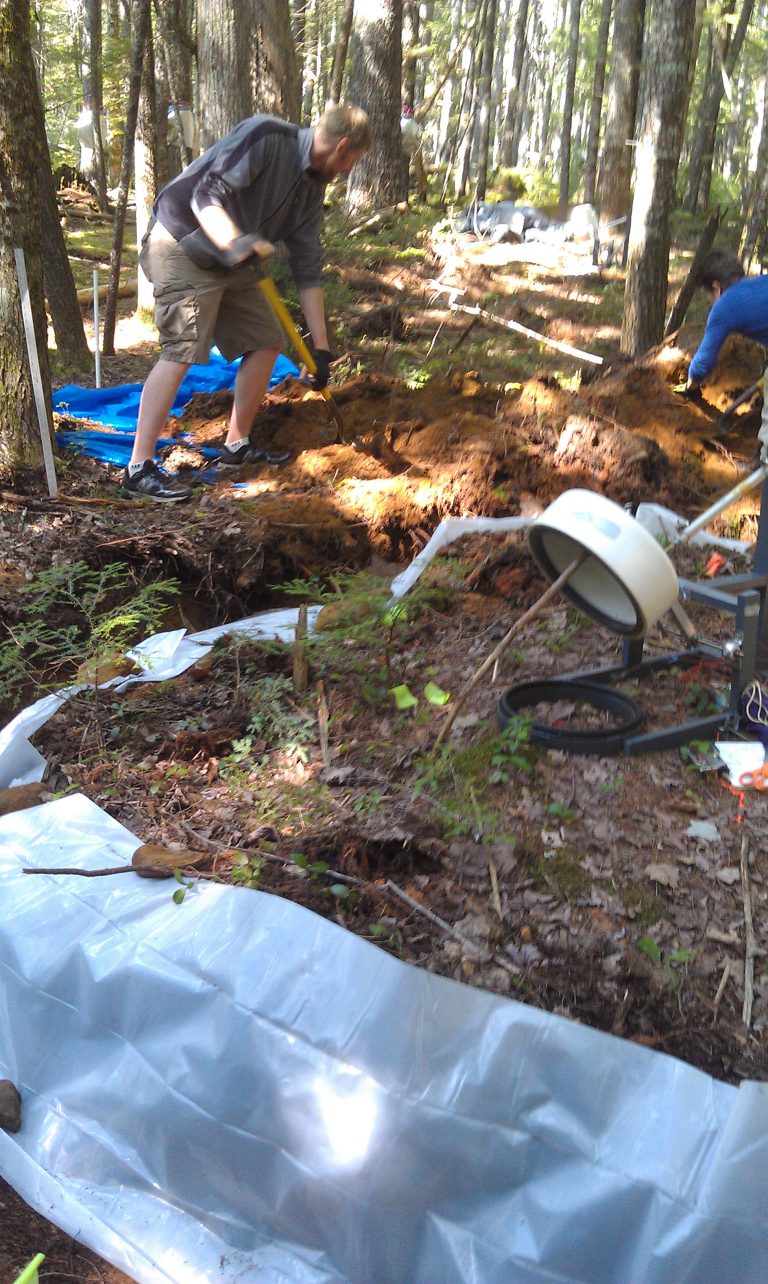 In the years since the study began, scientists have taken core samples of the trees and have been astounded to find many are hundreds of years old. One yellow birch picked randomly was found to be at least 363 years old.

How have some of these birch, red spruce and eastern hemlock survived so long over just a thin layer of cool, damp soil? It’s a case of slow and steady winning the race. The oldest trees aren’t the largest – they’ve bided their time under the canopy for decades or centuries, watching white pines grow fast and fall hard. The information stored in their rings – and even in their stumps, which rot at very slow rates – has been a bounty for years of scientific study. 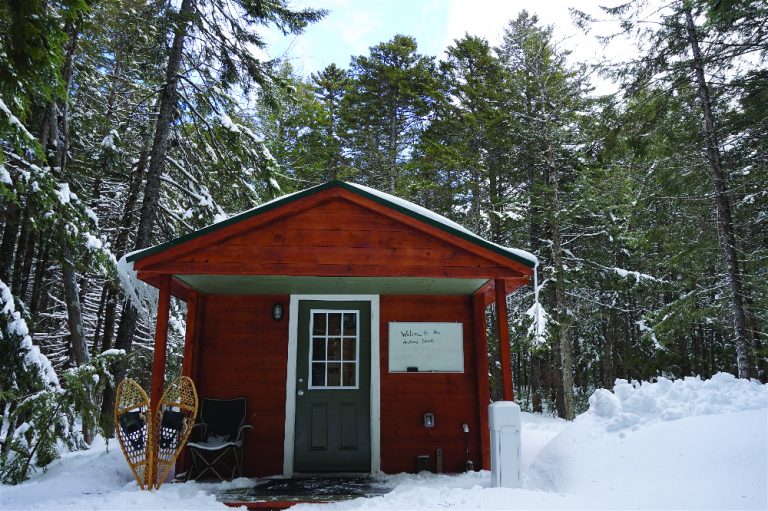 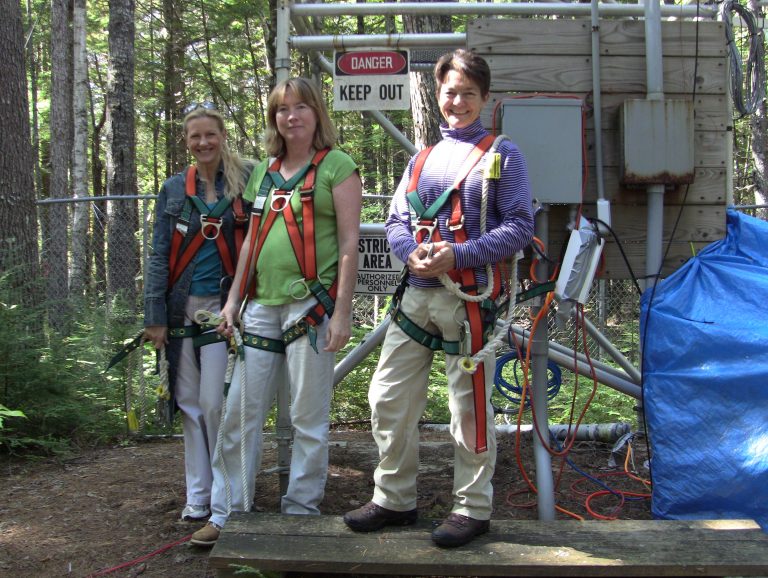 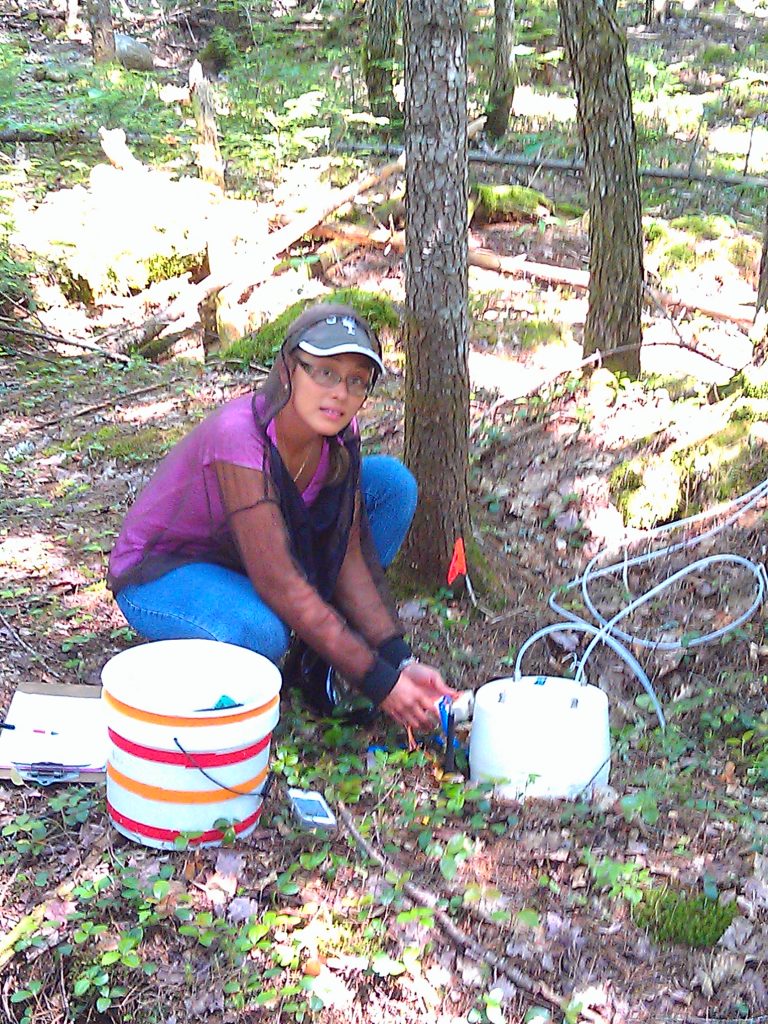 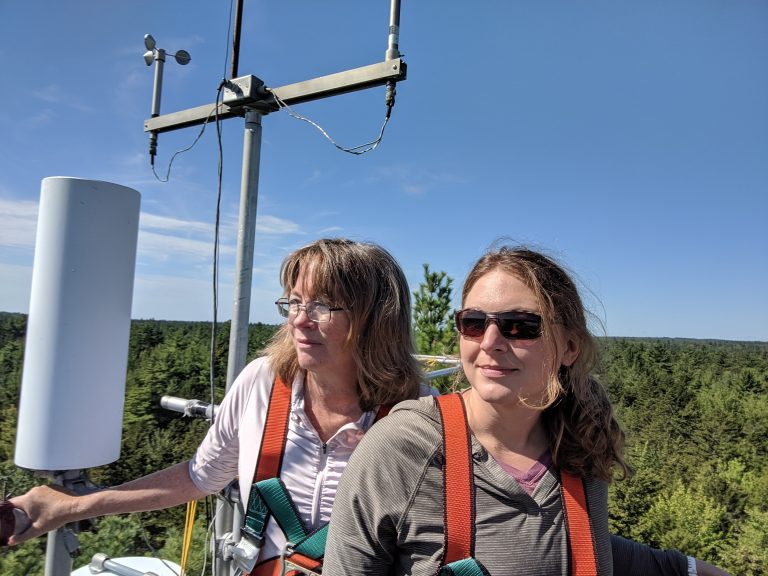 Still led by Kathleen Savage, Woodwell Climate continues studying Howland Forest to this day. The first tower to measure carbon emissions at Howland Forest has turned out to be one of the longest running research towers in North America. Three more research towers were added, and in 1996 the forest became the first base site for the Department of Energy’s AmeriFlux Network. Howland’s temperate boreal transition forest has been the focus of studies on acid rain, forest ecology, ecosystem modeling, nutrient cycling, and carbon sequestration—all critical components of climate change research.