Why has no new record-minimum Arctic sea ice extent occurred since September 2012? 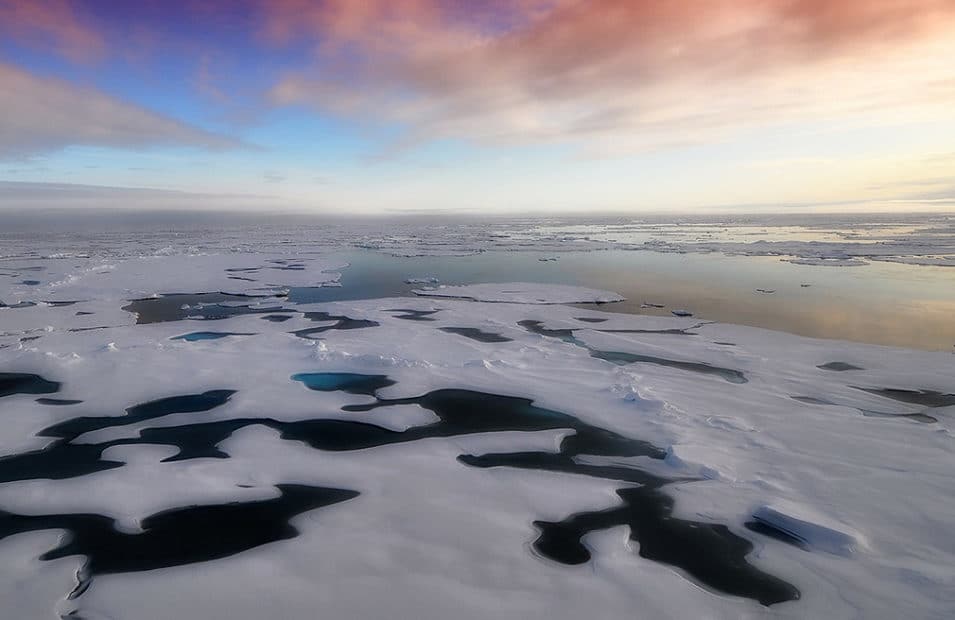 Arctic sea-ice extent has flirted with a new record summer minimum every year since the smallest coverage occurred in September 2012, but nearly every summer the pace of retreat abruptly ceased. A new study finds a large-scale shift in weather patterns that may explain not only this behavior, but that is also connected with extreme summer heatwaves in Eurasia and North America.

One of the clearest indicators of human-caused climate change is the rapid decline in Arctic sea ice. In only 40 years, half of the summer coverage has vanished. Four records were broken since 2000, the most recent in September 2012, and no new records have been set since.

“Ever since the record-smashing summer of 2012, Arctic scientists have watched melt seasons unfold with bated breath: will this year break the record again? Will this year bring the long-anticipated sea-ice-free summer?” said Dr. Jennifer Francis, Woodwell Climate Research Center senior scientist and lead author of the study. “And almost every August, the rate of ice loss came to a screeching halt, averting a new record minimum. But why?”

“We also noticed a coincident increase in extreme summer weather events – especially heatwaves – in Eurasia and North America during the summers when ice loss slowed abruptly,” said Francis. “Could they be connected?”

They investigated a possible mechanism linking these unusual behaviors with the rapidly diminishing spring snow cover in northern Eurasia and North America through its effects on the wind patterns around the northern hemisphere.

“Accumulating greenhouse gases affect the Earth’s climate in sometimes unforeseen, counter-intuitive ways. We must do everything in our power to reduce emissions of greenhouse gases, accelerate efforts to remove carbon from the atmosphere, and prepare for more surprises ahead,” Francis said.