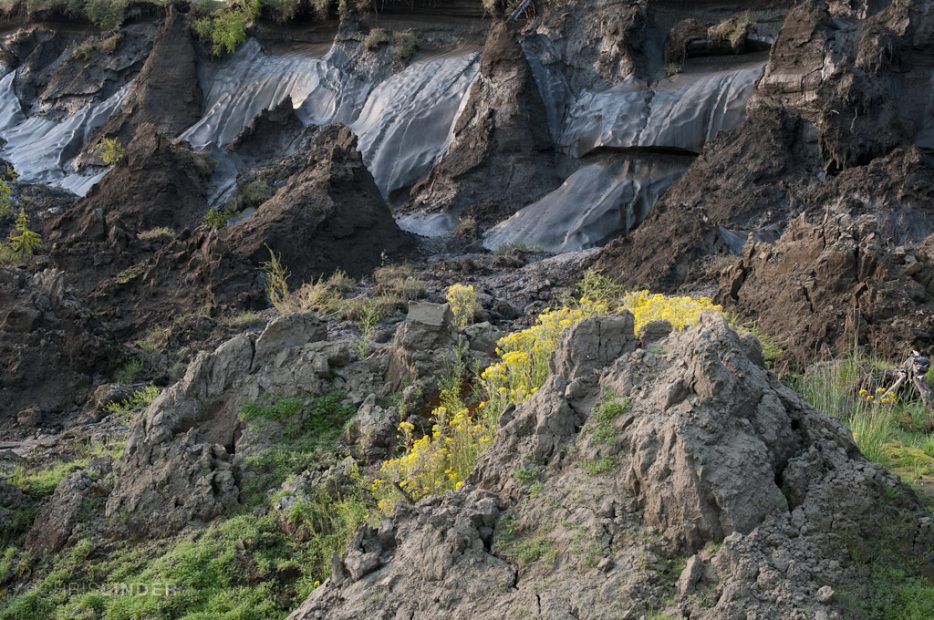 In its annual Arctic Report Card—a status report on the rapid unraveling happening at the top of the world—the National Oceanic and Atmospheric Administration (NOAA) last week announced that it believes that arctic ecosystems, including thawing permafrost, are now emitting between 1.1 and 2.2 billion tons of carbon dioxide each year to the atmosphere.

That is equivalent to 3-6% of direct human emissions (i.e. emissions from fossil fuel burning, deforestation, etc.) This is an ominous development, although as I describe below, not unexpected.

Today’s news means that the self-reinforcing cycle we’ve feared for decades seems to be happening. It’s not clear how much of the emissions from Arctic ecosystem are from thawing permafrost, because there’s a lot going on in the arctic and it is difficult to isolate emissions from specific sources. That does not provide comfort though, because most likely what’s going on is that relatively large emissions from thawing permafrost are partially offset by greening of vegetation (which absorbs carbon). As warming continues the “source” of carbon from permafrost can get much bigger than it is now, and the “sink” of carbon into plants won’t be able to grow as much. So the two may significantly offset one another now, but in the long run thawing permafrost will “win”—and all of us will lose.

Even if these emissions don’t grow any larger, this means that in order to stabilize climate we will need to not only stop all human emissions of greenhouse gases but also remove from the atmosphere 1-2 billion tonnes of CO2 every year, and hide it somewhere. And we’ll need to do that forever unless we figure out some way to cool the earth, or at least to cool the Arctic. And of course permafrost emissions will grow larger, because we insist on continuing to burn fossil fuels and cut down our forests.

As I digest this news I was moved to review George Woodwell’s 1986 testimony to the US Senate, in which he predicted that arctic permafrost would eventually start to thaw and emit greenhouse gases. Once again I am amazed at the insight of WHRC’s founder, although this is one case where I wish that George had been wrong! While I am touting Woodwell Climate Research Center (formerly Woods Hole Research Center), I should add that NOAA’s estimate of permafrost emissions is very closely based upon work by a team from Woodwell Climate led by Sue Natali and including Jenny Watts, Brendan Rogers, Stefano Potter, Leah Birch, and Sarah Ludwig. So, this may signal an ominous turning point in the progression of climate change, but I am proud to say that George predicted it and Sue and others here measured it!

What should we do in light of this news? Science tells us that we control our destiny. The more we do now to stop human carbon emissions, the less will come out of permafrost, and the more time we have to develop and implement solutions, and to prepare for what is coming.

Our work at Woodwell Climate is central to all of that. Sue Natali and her colleagues here are working to come up with better estimates of greenhouse gas emissions from Arctic permafrost, and working with John Holdren and colleagues at Harvard, to include those estimates in global climate policy discussions. (To date permafrost has largely been ignored.) Our work on “natural climate solutions” is all about understanding how much carbon we can deliberately move from the atmosphere into natural reservoirs like forests, soils, and wetlands. This will have to be at least part of the antidote to emissions from thawing permafrost. Our work in the tropics focuses on keeping forest carbon out of the atmosphere. Finally, our new work on physical climate risk both motivates action to prevent future climate change and informs actions to cope with it. I can’t think of a better agenda to inform and motivate the policies we need today.