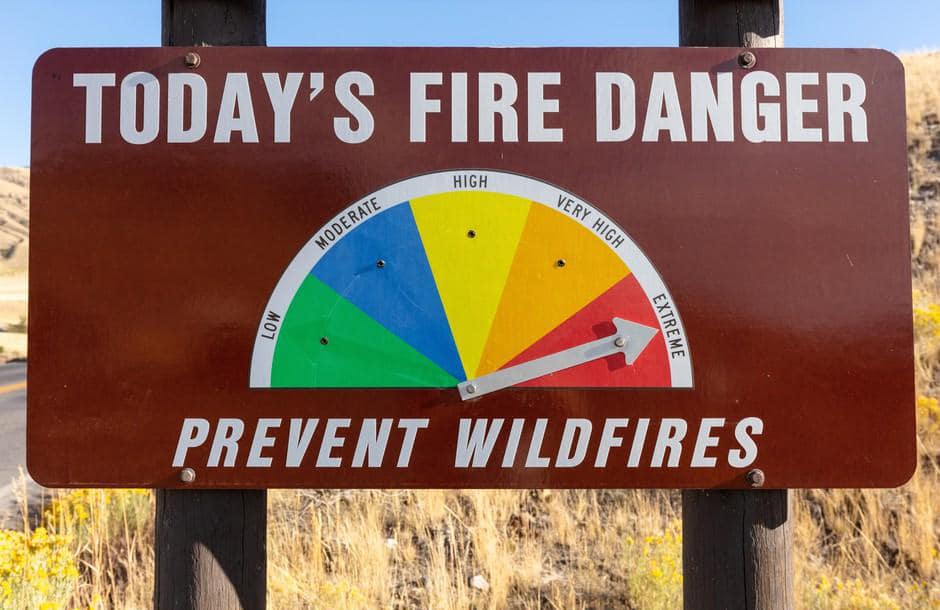 The wildfires which have consumed the Western United States this month are perhaps the most vivid demonstration yet that climate change is not only here, but can be deadly and severely disruptive. Furthermore, these fires may mark the beginning of climate change permanently and profoundly altering life as we know it in the USA.

The immediate impacts of the fires—loss of life and property, lost productivity,health consequences from smoke, increased greenhouse gas emissions—are only the beginning. Longer-term, these fires may have profound psychological and socioeconomic ramifications. Scientists like to talk about “tipping points” in the physical climate system; we also may now be experiencing a tipping point in human reactions to climate change.

Perhaps most immediately, homes in fire-prone areas are going to become even more difficult and expensive to insure than they already are. Beyond that, the fires, smoke, and rolling blackouts have had a dramatic impact on quality of life, even in locations where fire risk itself is low. This is causing people to rethink living in parts of the west, particularly California. This may accelerate overall out-migration from the state, and among the more wealthy may reverse recent in-migration. This would drive down property values and property tax revenues. On top of reduced income tax revenues because of COVID, this would severely compromise the ability of governments to provide services, just when those services are needed most. A lot of wealth would be lost, and a lot would leave the state.

What can be done? First and foremost, we need to stop making the problem worse. That means stopping the use of fossil fuels and stopping deforestation. Tragically, those steps, surpassing difficult though they will be to accomplish, won’t make things better. They will only arrest the decline. This fundamental fact—the irreversibility of climate change—is why people like me constantly point out the urgency of addressing this challenge.

On a local and regional level, steps like clearing brush and enacting stricter building codes can be very effective at protecting structures and communities. In the 2018 Camp Fire, for example, newer homes built to higher standards survived much better than older ones. It would also be helpful to discourage people from living in high-risk areas, the “wildland-urban interface.” This involves challenging policy issues, however. To name just one, the tendency of states to provide subsidized insurance for high-risk homes has exactly the wrong effect: it incentivizes living in locations where people and property will be subject to increasing risk.

Perhaps the greatest challenge of all will be to avoid having wildfires and other consequences of climate change become yet another factor increasing political polarization. (Even as climate change becomes more and more difficult to deny, the deniers seem to be turning up the volume.) In the short run, climate change will produce winners and losers, but long-term we will all suffer. Let’s all do what we can to make sure that this reality motivates us to work together and make the sacrifices needed to meet the challenge.

What is Woodwell doing about wildfire risk? Our Risk Program models wildfire risk throughout the world, including in the Western US. This information is used now by decision makers in the financial world, and we’re working to find new consumers of this information. Our Arctic Program looks at the growing threat of wildfire in far northern regions, and is working with policymakers to make sure they consider this source of greenhouse gas emissions. Woodwell’s work in the Amazon is very focused on controlling deforestation, which is the main driver of fire there; we also work to get timely information on weather conditions and where fires are to state and local agencies.

Wildfire is only one of several rapidly worsening sources of risks from climate change. Hurricanes and flood risk generally are others. A high priority for these and other perils if not only to model the physical risks, but to work with partners who can help to illuminate their socioeconomic ramifications and act to manage the risk.