Thawing permafrost is one of the greatest global hazards.

Frozen Arctic soil, or permafrost, stores a vast amount of carbon—double what is currently in the atmosphere. Thawing threatens to release that carbon and set off a vicious cycle of amplified global warming. But the magnitude of the risk is uncertain. We need more information.

Woodwell Climate Research Center is developing a comprehensive system for monitoring and projecting carbon emissions from Arctic permafrost and wildfire. Through a partnership with the Arctic Initiative at the Harvard Kennedy School’s Belfer Center for Science and International Affairs, we are working to ensure these carbon emissions are considered in international climate policy. 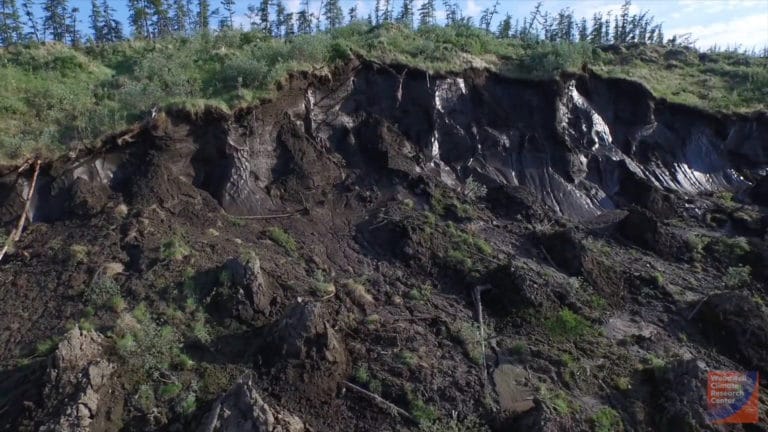 Permafrost contains more carbon than has ever been released by humans.

As the Earth warms, permafrost thaws, releasing greenhouse gases into the atmosphere. These emissions, much like burning fossil fuels, contribute to global warming.

The fate of permafrost will have a huge impact on our future climate, but because scientists do not know exactly how much carbon dioxide, methane, and nitrous oxide will be released, permafrost emissions are often excluded from climate models.

Above: An aerial view of the Yukon–Kuskokwim Delta area where Woodwell scientists frequently conduct research.

A key goal of the project is to ensure Arctic permafrost and wildfire carbon emissions are taken into account in the 2023 “global stock take” called for in the 2015 Paris Agreement. Our partnership with The Arctic Initiative at Harvard Kennedy School’s Belfer Center leverages Woodwell Climate’s leadership in Arctic ecosystems research and The Arctic Initiative’s broad network and deep policy expertise.

Woodwell Climate’s Arctic Carbon Monitoring and Prediction System will include:

Our Work in the News 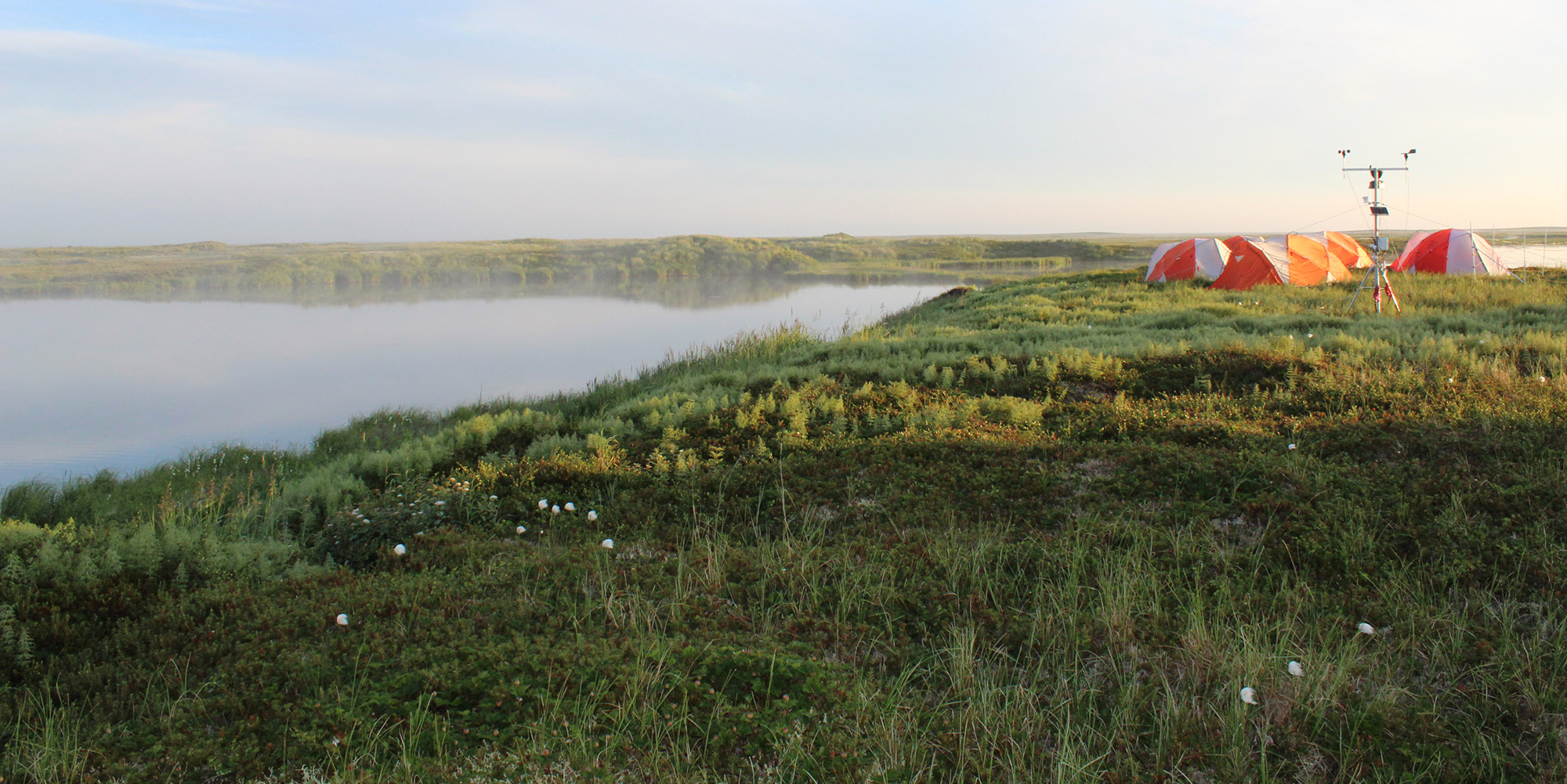 Above: Edge of the Polaris Project base camp with a nearby flux tower.

Below: Dr. Sue Natali investigating an area with evidence of permafrost thaw.

With the Arctic already warming twice as fast as the global average, permafrost thaw presents urgent questions that drive the work of Woodwell scientists.

For more information about how you can support this project, please contact Beth Brazil at bbrazil@woodwellclimate.org or 508-444-1549.