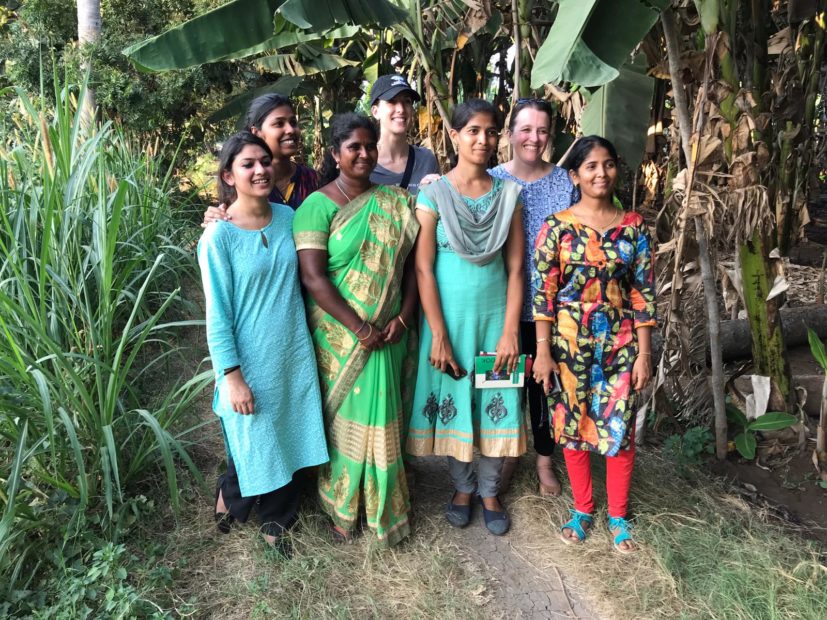 India’s federal and state governments have set Paris climate goals that will push to transform not only energy sources but land use:

“As countries look to meet their Paris goals and eventually develop new targets, we know that with our ongoing partnership with the Fletcher School, we can offer a very comprehensive package of expertise and support,” Smart said. “We were eager to learn what’s already happening in India, meet the people doing the work, and find out where they need help expanding capacity.”

India’s climate pollution is a long-term concern, but right now local air pollution is a high priority for politicians and the public. Incredibly, the World Health Organization’s 14 most polluted cities last year were all located in India. Coal-fired power plants and transportation contribute to the problem, but a large portion of the pollution is due to agriculture when farmers burn rice stubble after harvest, according to Sanderman. This presents an opportunity to address air pollution, economic development, food security and climate by focusing on good policy and practices in agriculture.

Some Indian farmers have started a movement known as Zero Budget Natural Farming (ZBNF), hoping to make farming not just more sustainable environmentally but financially as well – expensive seeds, fertilizers and pesticides can make it difficult for small farmers to turn profits.

“We met with a farmer who’s used ZBNF and has seen her income significantly increase. She’s opened a shop where she sells farm-grown products. We’re interested in finding out if that approach can also help keep India’s carbon emissions in check,” Smart said.

An estimated 61.5% of India’s 1.3 billion people live in rural areas and are dependent on agriculture, according to its 2011 census.

“India provides a huge opportunity to implement sustainable practices on a large scale. Indian states have populations comparable to European countries. If ZBNF and similar practices work on a large scale in India, it can be a role model for other countries looking to grow their economies,” Sanderman said.