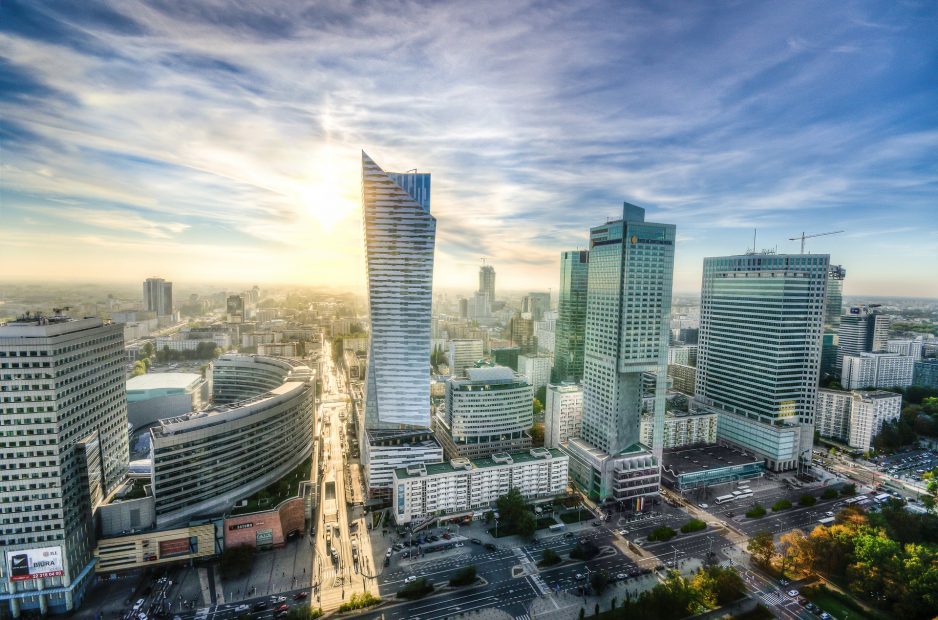 Poland can reach economy-wide carbon neutrality by 2050, according to a recent report published by McKinsey & Company with contribution from Woodwell Climate Research Center (formerly Woods Hole Research Center) scientist Dr. Wayne Walker. The report laid out a plan that would decarbonize the nation across five key sectors: industry, transport, buildings, agriculture, and power. According to the report, shifting away from Poland’s historic coal reliance would improve energy independence and contribute to the development of new industries, creating jobs and boosting GDP by 1-2% when complete.

McKinsey’s plan would utilize natural carbon sinks to help meet its goal. Dr. Walker collaborated with scientists at The Nature Conservancy to study the carbon sequestration potential of forests in Poland over the next 30 years.

“We combined field and satellite data to calibrate models and generate detailed maps of the amount, distribution, and dynamics of carbon stored in forests,” said Dr. Walker. “Additionally, we used these data to estimate the potential for additional carbon storage in places where current stocks in vegetation and soils have been depleted and are below their full potential.”

Dr. Walker found that Poland has the potential to increase the amount of carbon stored on land by approximately 2.7 gigatons of CO2 equivalent, with 0.9 gigatons of that in woody biomass and 1.8 gigatons CO2 equivalent in soils. The report finds that if natural carbon sinks are maximized, they could offset any remaining emissions for the foreseeable future.

The first major McKinsey project, to which Woodwell Climate contributed, was a groundbreaking report released in January of this year which explored some of the socioeconomic consequences of climate change, for example the implications for Florida real estate.

“Once people begin to understand the immediacy and severity of coming societal consequences, I have to think that they will be much more motivated to act to stop climate change,” said Woodwell President Dr. Phil Duffy. “Also, understanding what’s coming allows individual decision makers to take steps to prepare for impacts which we can’t avoid.”

Already this work has reached the desks of important decision makers. The June report was delivered to the office of Poland’s Prime Minister and could be the first step towards a carbon neutral future. Woodwell Climate is now involved in a similar effort to produce decarbonization guidance for the entire European Union.