Rising from the ashes of the Amazon, a path forward for Brazil’s development and the world’s climate 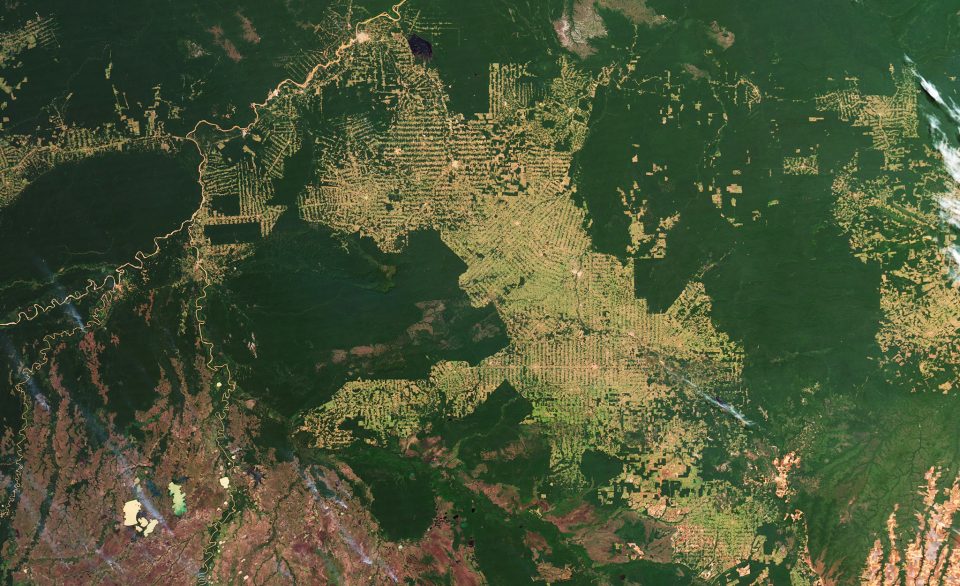 An alarming rise in human caused fires in Brazil captured the world’s attention in the middle of 2019. Using up-to-the-minute satellite data, our team at IPAM Amazônia and Woodwell Climate Research Center (formerly Woods Hole Research Center) quickly determined that the fires were almost exclusively associated with illegal deforestation. In other words, people felt confident in 2019 that they could illegally deforest private and public lands and burn the trees, without fear of being prosecuted.

Now it is early 2020 and the deforestation and fire season is rapidly approaching. People generally start cutting trees in April and the fires start two or so months later after the felled trees have dried out. As scientists who’ve dedicated our careers to Amazon conservation, we know that it is time to have serious conversations about how to stop fires and protect our global climate, but also how to fix a broken model of economic development that encourages short-sighted deforestation.

We’ve already lost over 750,000 km2 of the Amazon—nearly 20%—in the last four decades. We really can’t afford to lose more. In addition to harboring immense biodiversity, this forest is a very important part of the global climate. It stores as much carbon as 10 years of human-caused emissions and is the source of much of the rainfall locally and thousands of miles away. That, in turn, supports agriculture, urban water supplies, and a large fraction of Brazil’s economy. Thus, continued deforestation doesn’t just destroy a magnificent forest, it will likely lead to catastrophic climate change, more frequent crop failures in Brazil, and even greater economic uncertainty globally.

Rather than conserving tropical forests, current political and economic forces are accelerating us towards an irreversible tipping point. Climate change is already beginning to degrade remaining forests. Indigenous people and forest communities, responsible for protecting almost half of the Amazon, are losing their land rights and protections. Roads, railroads, and dams are being proposed and constructed to unsustainably exploit pristine forests.

Yet the science is clear: Additional deforestation would materially decrease the productivity of existing Brazilian farmland, accelerating global warming while reducing food security. This is frequently misunderstood, but our data is unequivocal.

A sustainable path forward begins with the recognition that the current development model, which assumes that nature stands in the way of development, is wrong. We must shift to a model which recognizes that forest conservation and development can go hand in hand. This was already achieved in the mid-2000s when Brazil reduced its deforestation rates by about 80% while increasing its soybean and beef production.

There are a number of proven ways that this can be achieved again in Brazil. They include: eliminating land grabbing and land speculation through federal designation of public forests; reducing legal deforestation on private property through payments for ecosystem services; incentivizing production increases on existing lands through targeted investments; fostering economic, environmental, and social improvements through assistance to smallholder farmers; and creating the civil infrastructure to both reduce reliance on fires as part of the clearing process, and to put out fires once they start. These are all areas where Woodwell Climate and our partner IPAM are actively working.

Yes, these all cost money—but they also will yield economic, social, and environmental gains for Brazil and the world, and will help reduce global climate change.

You can support this work with a contribution to the Woodwell/IPAM Amazon Fund.