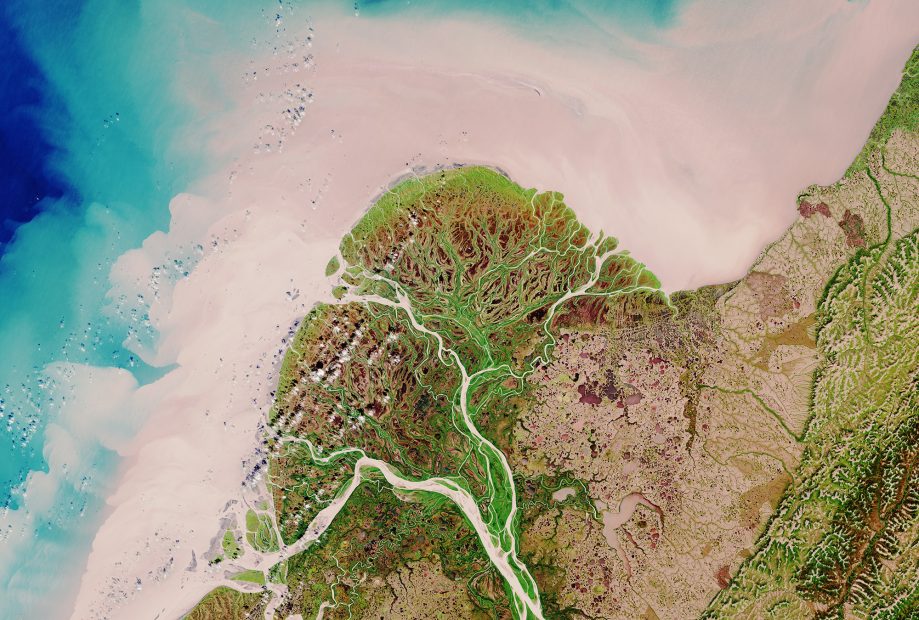 Current satellite remote sensing has been invaluable for detecting change in our rapidly changing northern ecosystems. Yet our current satellite formulation is inadequate for systematic monitoring and for improving process-based and large-scale understanding of the integrated components of the Arctic-Boreal Zone (ABZ), according to a new study by a team of 41 scientists published in the American Geophysical Union’s Reviews of Geophysics. The ABZ is warming faster than elsewhere on Earth, threatening northern residents, economies, and ecosystems. Enhanced knowledge of the ABZ, which includes the cryosphere, biosphere, hydrosphere, and atmosphere, is necessary to provide more accurate predictions of future changes and to develop better-informed climate adaptation and mitigation strategies. Satellites will continue to play a key role as “eyes in the sky,” informing us of changing ABZ conditions.

“Satellites, such as the Landsat program, are essential for being able to monitor the rapidly changing Arctic-Boreal Zone. Several of these programs now have decades of consistent observations, which has allowed us to track critical ABZ properties during the initial decades of climate warming,” said Woodwell scientist Dr. Brendan Rogers, a co-author of the study.

Among the study’s recommendations:

“Sustained multi-national government support for the expansion and continuity of Earth observing satellite networks is critical.  Without this, our ability to detect indicators of change will become very limited. In addition to ongoing investments in satellite infrastructure and data acquisition, we also need ongoing support for analysis and interpretation of data collected by satellites. Developing new tools targeting big data analytics and Artificial Intelligence machine learning applied to satellite records will be key to addressing the demand for near-to-real detection of change and identifying ABZ regions at high risk to hazards such as fire, land collapse, unstable ice conditions, and extreme flooding. Additionally, it’s important not just to collect this data, but to make sure that it continues being open access, allowing vastly more analysis by nongovernmental researchers than could be done by government scientists alone,” said Woodwell scientist Dr. Jennifer Watts, a co-author of the study.

Woodwell Climate Research Center recently launched the Arctic Carbon Monitoring and Prediction System, using on-the-ground observations and satellite remote sensing data to gain new understanding on how quickly permafrost regions are changing and what that means for global warming. The effort includes partners at the Harvard Kennedy School’s Belfer Center for Science and International Affairs and start-up funding from the Gordon and Betty Moore Foundation. Woodwell Climate will continue to seek sponsoring partners for the Arctic Carbon campaign to help deliver the funding necessary to support this critical climate research.