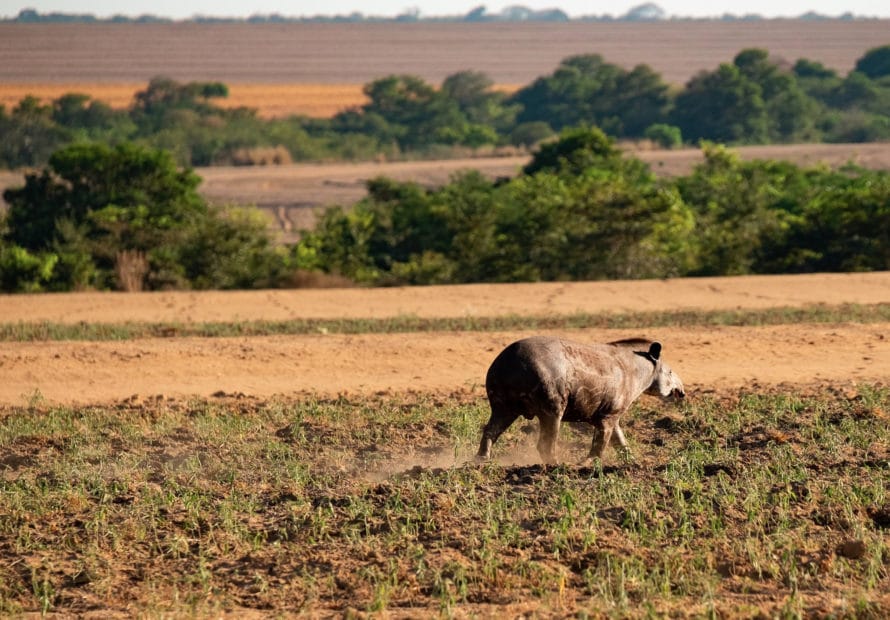 Lowland tapirs can restore degraded Amazonian forests by spending more time and spreading more tree seeds in areas that had been previously burned. This service provided by tapirs may be among the cheapest and easiest solutions for large-scale forest restoration, according to a new study conducted at Woods Hole Research Center’s research facility at Tanguro Ranch in Brazil.

The team collected and studied almost 130,000 seeds representing 24 different species from tapir dung in degraded forests in Mato Grosso Brazil. The study, published in the journal Biotropica, shows that tapirs disperse three times more seeds in degraded forests than in primary ones, probably because they prefer spending time where resprouts are available.

Two factors contribute to the tapir’s unique role: Size and distance. Tapirs can reach up to 8 feet in length and up to 700 pounds, therefore they eat a lot. This study shows that contrary to previous belief, tapirs pass many large seeds intact and undamaged through their digestive system, with their large waste protecting the seeds from beetles. And while other large mammal dispersers like monkeys remain in healthy and intact forests, tapirs can cross open areas and thus bring seeds to a disturbed or degraded forest – ultimately increasing its plant diversity and abundance. The team believes tapirs use more degraded forests due to the presence of palatable resprouting plants.

The lowland tapir (also known as the South American or Brazilian tapir) is considered endangered by the U.S. Fish and Wildlife Service and vulnerable by the IUCN. Their population is dwindling in the face of deforestation and hunting.

“The role that tapirs play in seeding degraded forests is another good reason for conserving this last representative of the megafauna of South America”, said Dr. Lucas Paolucci from the Federal University of Lavras and Amazon Environmental Research Institute (IPAM).

The Amazon has already lost 800,000 square kilometers of forest, an area equivalent to 1/10th of the lower 48 United States, much of it to intentional burning to clear land for agriculture. Burning also leaves forests more vulnerable to climate change-worsened extreme weather stressors, such as drought and windstorms, according to studies co-authored by Dr. Brando. His research shows that, unless it recovers quickly, damaged forest risks reverting to invasive grassland. The ability of forest residents like tapirs, birds and many other animals to spread seeds into degraded areas shows natural regeneration can help tropical countries to achieve their goals to maintain and restore forest carbon stocks, biodiversity and forest ecosystem services.