US communities ‘LEARN’ the carbon value of their trees

Every living tree—whether it’s part of a forest, lining a golf course or subdivision, or growing in a tree-well on a city sidewalk—removes carbon from the atmosphere. But, in counties and cities across the United States, the amount and value of these carbon removals are rarely accounted for in greenhouse gas inventories. A partnership between Woodwell Climate Research Center, Local Governments for Sustainability (ICLEI), and the World Resources Institute (WRI), is working to change that.

Forests and trees in the U.S. offset 13 percent of emissions from other sectors annually. Changes to land management practices could bring that number up to 21 percent–a big step towards reaching both local and national emissions reduction goals. But capitalizing on the full potential of trees for climate mitigation requires a thorough knowledge of how much carbon trees are sequestering now, as well as  their potential for future sequestration, in any given location.

That’s the expertise that Woodwell Senior Scientist, Dr. Richard Birdsey, brought to the table. Dr. Birdsey, alongside a team of researchers at WRI, developed a method for calculating carbon emissions on a local scale by combining emission and removal  factors—estimates of carbon  associated with activities like harvesting or regrowth—for different regions across the U.S., with remote sensing data on tree cover, land use change, and disturbances such as wildfire. Where the data showed undisturbed or re-growing forests and trees, the calculations recorded carbon uptake; where the data showed clearing for development, farmland, or harvest, they recorded emissions.

Having just that baseline data... It's blowing up our world in a very positive way, to be thinking about exciting new opportunities. Douglas Weisburger, Senior Planning Specialist, Montgomery County Department of Environmental Protection

In 2019, the methodology was piloted in three U.S. communities representing a breadth of landscapes—from rural, forested Whatcom county in Washington state, to suburban Montgomery County, Maryland, to the urban center of Los Angeles, California. That first year, Dr. Birdsey and the team did most of the calculations using spreadsheets, refining the process. But in order to make the data impactful and widely available, the approach would have to be scaled up to hundreds of cities and counties across the country. And for that, communities would need to be self-sufficient in tallying emissions.

That’s where the Land Emissions and Removals Navigator (LEARN) tool came in. Developed for the project, the LEARN tool compiled the methods, maps, and the underlying land use data onto an interactive map. To calculate emissions and removals from trees, a user only has to select an area, a time frame between 2001 and 2016, and a nearby urban area with comparable emissions factors, and the tool will spit out the inventory data. They can then download a detailed report that further breaks down the data for use in local climate mitigation strategies.

The development of the LEARN tool significantly sped up the process of analysis. In 2020, with the help of ICLEI, the project was expanded to include more than 20 communities across the U.S. Yael Kisel, Analytics Lead for Climate Smart San José in California, says that without LEARN, she probably wouldn’t have had the capacity to include trees in the city’s 2019 inventory at all.

“I’m the main person doing all the data work for Climate Smart San José. So getting a tool that cuts down the amount of time that it takes to get a good estimate of what we have is extremely valuable,” Kisel says.

Woodwell, WRI, and ICLEI hosted a series of trainings that walked communities through each step of the inventory process—from how to define forests, to how to access data and use the tool, to what to do with the report once they have it. Participants immersed themselves in the data and came away with, not only baseline numbers, but a deepened understanding of how trees were playing a role in their communities. For Kisel, one of the main surprises was that removals from trees and forests were both larger and smaller than expected.

“The number itself is sizable, but also very small compared to our total emissions,” Kisel says. “For cities like San José, we are never going to be able to plant enough trees to balance out those emissions. But if we get closer to zero, then they can take us that last little bit of the way.”

For some, like Douglas Weisburger, a Senior Planning Specialist with Montgomery County’s Department of Environmental Protection, simply having numbers to show at the end of the process was eye-opening.

“Having just that baseline data, it created this heightened awareness of the potential for natural solutions,” Weisburger said. In Montgomery County, forests and trees offset 6 percent of emissions from other sectors. Weisburger said his team is now considering future possibilities to get that number up even further—from regenerative agriculture strategies, to easements to preserve forests on private land. “It’s blowing up our world in a very positive way, to be thinking about exciting new opportunities.”

Beyond introducing communities to the LEARN tool, the trainings also introduced communities to each other as additional resources. Cindy Jayne, Chair of the Climate Action Committee for Jefferson County, Washington, found a good point of comparison in neighboring Whatcom county, which had similar forest cover. Rebecca Longvall, Conservation Agent for the town of Bolton, Massachusetts, was already working in collaboration with two neighboring municipalities, but said the wider cross-pollination of ideas helped to broaden her perspective. 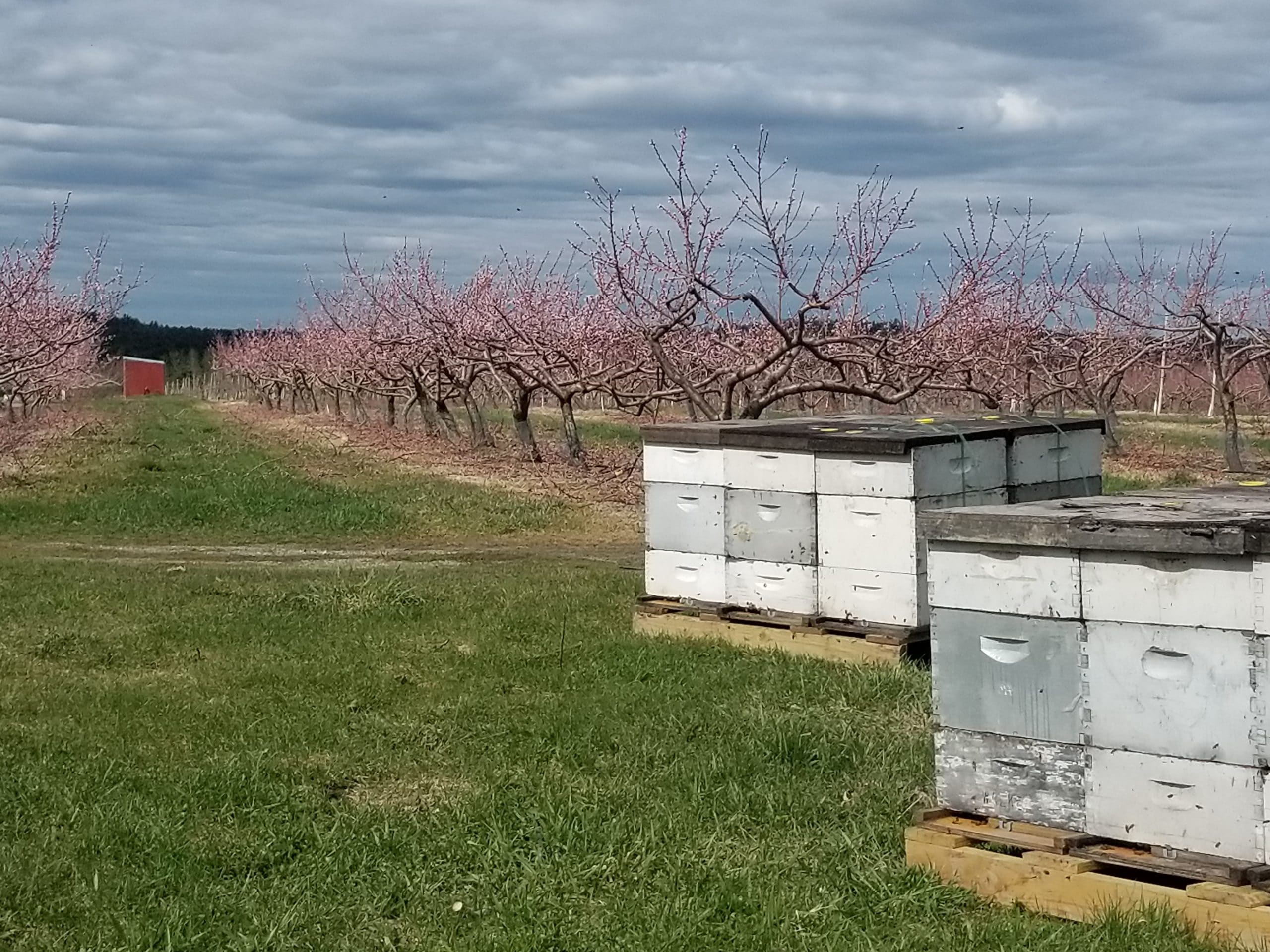 U.S. Cities and counties have a diverse range of tree cover types. From natural forests, to planted orchards like these in Bolton, Massachusetts, all trees can contribute to carbon sequestration.

“Overall it definitely helped us go across borders, for not only our three towns, but also talking to and hearing from other communities that also used this tool,” Longvall says. “It helps us understand how it all ties together at the landscape scale and then how carbon sequestration overall is impacted.”

That collaborative community approach, Dr. Birdsey says, is what the LEARN project was hoping to accomplish. Although climate change is a global issue, Birdsey says starting to tackle it on the local level is an effective way to jumpstart action.

“Communities are where the action takes place with respect to land management,” Dr. Birdsey says. “ So if the action is being done there, talking and working with people at that level is a fruitful way to go.”

Dr. Birdsey also says now is a great time for this work to accelerate. With a new federal administration more focused on climate and sustainability, more funding streams will be open to cities and counties with ambitious plans backed by data.

“A tool like this can support a community either for identifying what they could do, what the benefits might be, or they could use it to apply for funding. [This] gives them ammunition to argue for what they want.”

Funding for this project was provided by the Climate and Land Use Alliance and Doris Duke Charitable Foundation.