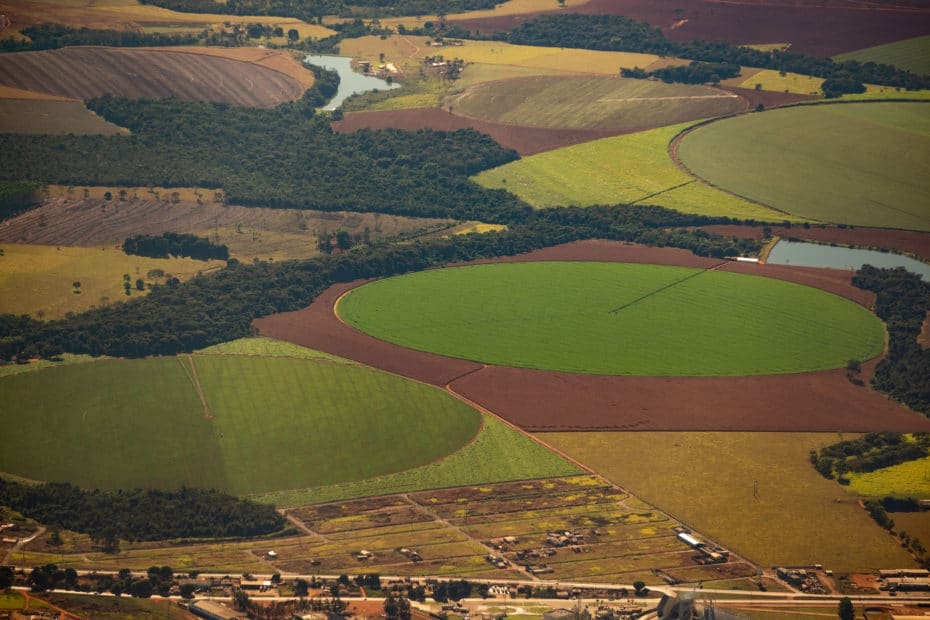 A new study, published this week in Nature Climate Change, finds that warmer and drier climatic conditions in Brazil are changing the agricultural productivity of one of the world’s largest bread baskets.

Central Brazil leads the world in production of key staple crops including soybeans and corn, but those crops depend on a stable climate. Deforestation to expand such agricultural production is a counterproductive strategy, as it not only accelerates global warming, but also causes changes to the regional climate that can drastically impact crop yields.

The study, led by Dr. Ludmila Rattis, Assistant Scientist at Woodwell Climate, modeled changes to precipitation and temperature along Brazil’s Cerrado-Amazon frontier—a region responsible for half of the country’s agricultural output. The results show that already 28% of agricultural lands are no longer in an optimal climatic range, and that percentage will shoot up to 74% by 2060 as the region gets hotter and drier. The Cerrado in particular, Dr. Rattis says, will feel the effects of reduced agricultural productivity.

90% of Brazil’s agriculture is rainfed, which makes droughts, heatwaves, and other climatic interruptions a major economic risk. When the temperature gets warmer, plants grow faster, which releases more water vapor into the air from their leaves as a byproduct of photosynthesis. But if there isn’t a steady supply of soil moisture available to replace water lost through transpiration, productivity declines.

That difference in moisture is called the vapor pressure deficit (VPD) is a way of determining how thirsty the air is in a region. Dr. Rattis’s study found that over the past two decades, agricultural land has been expanding into areas of higher VPD.

With cropland pushing into less-than-optimal land, and deforestation exacerbating drought, agricultural intensification practices are becoming less feasible on existing cleared land. Practices like double-cropping corn and soy in one season are common, but require farmers to take advantage of the full length of the rainy season. With climate change, however, rainy seasons are starting later and dry seasons are more intense, requiring a lot more moisture to make up the deficit when the rains do come. If farmers can no longer plant two crops in one season, the pressure to deforest additional land to make up for lost profits will increase.

“If you don’t have the time you invest in more space,” says Dr. Rattis.

Irrigation isn’t necessarily a sustainable solution when roughly 70% of Brazil’s electricity comes from hydroelectric power, and the country’s rivers and groundwater supply depend on maintaining existing hydrology.

Professor Paulo Brando, an ecosystem scientist at the University of California, Irvine and co-author on the paper, describes how Brazil’s agricultural status quo is untenable.

“The current production system in the region may be reaching its full climatic potential,” Dr. Brando says. “Not part of this study, but it is clear from a growing body of research that a change in food habits and a reduction in food waste could help alleviate some of the pressure.”

According to Dr. Rattis, the key to successfully adapting Brazilian agriculture to a warmer climate lies in restoring and preserving native vegetation on the landscape—reducing the pressure on farmers to deforest and finding ways for forests and agriculture to share the land.

“Forests act like air conditioners for your crops. Farmers need to understand that deforesting in the face of climate change is like getting rid of your air conditioners before an upcoming heatwave,” Dr. Rattis says. 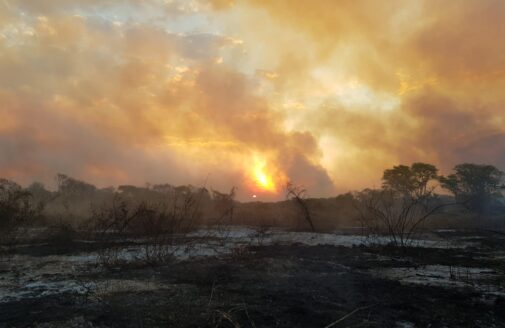 Dryness and available fuel forecasted fire in the Amazon 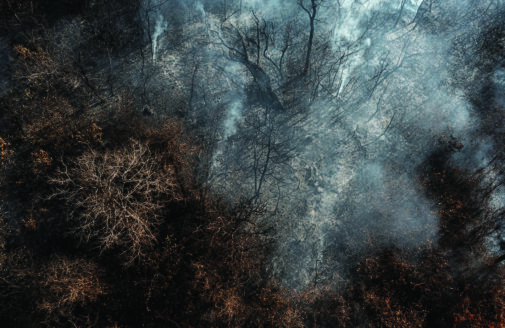 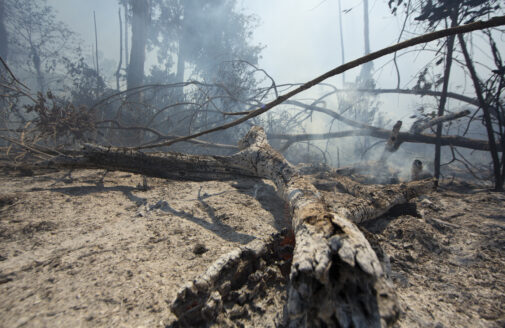 The vicious cycle of climate change, deforestation, and fire in the Amazon