Building flood-resilient U.S. communities in the age of climate change 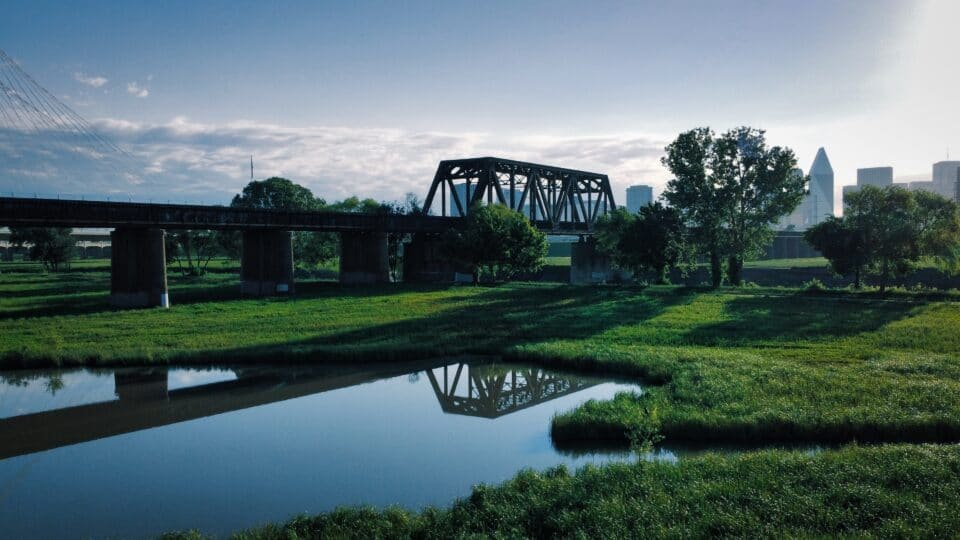 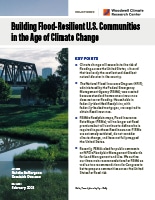 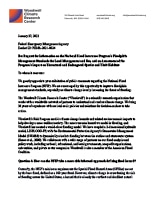 The impacts of climate change on the frequency and severity of physical hazards will put many communities at risk. Flooding is one such hazard, driven by increased precipitation and sea level rise. Already, flooding is the costliest and deadliest natural disaster in the United States  (Kousky, et al., 2020). For every 1°C increase in air temperature, the air can hold 7% more moisture; as a result, precipitation is becoming more intense in a warming world. In addition, more water evaporates off of warmer water, so warming seas lead to heavier rains. Sea level rise will also threaten much of the U.S. coastline; by 2050, global mean sea levels are expected to rise 0.5-1.2 feet (Sweet, et al., 2017). 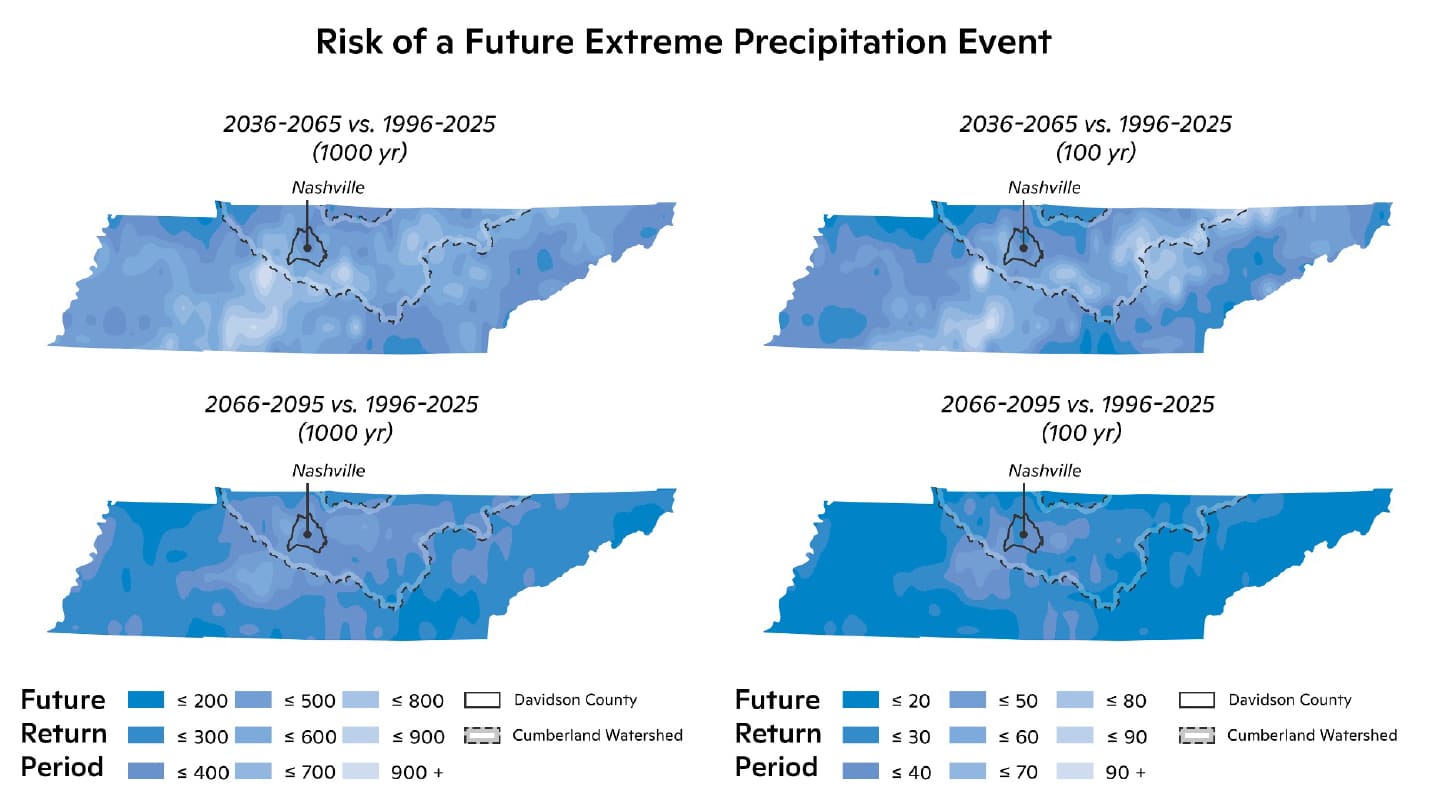 Congress established the National Flood Insurance Program (NFIP) in the National Flood Insurance Act of 1968. The Federal Emergency Management Agency (FEMA) administers the NFIP. Most standard homeowner insurance does not cover flooding, so the NFIP allows property owners in flood-prone areas to obtain premiums at affordable rates. Further, the NFIP requires households, with federally backed mortgages, in high flood-prone areas to purchase flood insurance. The requirement is based on FEMA’s floodplain maps, Flood Insurance Rate Maps (FIRMs). If a home is mapped in the Special Flood Hazard Area (SFHA), an area has a 1% chance of flooding each year or 100-year flood, then they are required to purchase flood insurance. Today, the NFIP insures more than 5.5 million homes in the United States (Pralle, 2019).

Until last year, FIRMs were also used to set rates for premiums. However, in 2021, FEMA released Risk Rating 2.0 (RR2), which changed how flood premiums are set for the first time since the creation of NFIP. Now, premiums are based on individual properties using modeling, redistributing the societal burden of flood risk. However, the mandatory purchase requirement of flood insurance and floodplain management still rely on FIRMs.

Out of the 3.5 million miles of streams and rivers in the United States, only 1.14 million stream/river miles are mapped, and out of the 95,471 miles of coastlines, only 45,128 shorelines are mapped (ASPFM, 2020). In total, only about a third of the nation has been assessed for flood risk. FIRMs are often out of date, fail to incorporate pluvial flood risk, and do not consider future risks, such as climate change. The National Flood Insurance Reform Act of 1994 requires FEMA to update all flood maps every 5 years. However, 75% of FIRMS are older than 5 years, and 11% have not been updated since the 1970s/1980s (ASFPM, 2020).

SFHAs’ based flood requirement should be defined as a 500-year flood. As mentioned already, NFIP’s minimum requirements for SFHAs are set by the base flood, defined as a 100-year flood. Climate change is altering the probability thresholds that we previously have used to set the appropriate level of risk. In addition, a considerable portion of flooding that occurs during these extreme events is outside of the SFHAs. For example, when Hurricane Harvey hit Houston in 2017, about 75% and 50% of damaged residential buildings were outside of the 100-year and 500-year FEMA flood extent, respectively (Pralle, 2019). In 2012, the same occurred in New York City when Hurricane Sandy made landfall; half of the buildings damaged were not in FEMA flood zones (Pralle, 2019). We also recommend that a study be completed to understand the implication it would have on equity, environmental justice impacts, and economic burdens.

FEMA should update NFIP to include future risks associated with climate change. The vast majority of the continental United States will experience the 100-year event with much more frequency throughout the 21st century (Figure 2). Climate change will cause an expansion of the 100-year and 500-year floodplain. Floodplain managers and local officials around the country rely on standards set by FEMA to make infrastructure, development, and resilience decisions; they need to be equipped with the most up-to-date science. Recognizing the actual cost of flood risk will disproportionately impact low-income and minority households, which are often situated in the highest risk areas. However, delaying action to account for these high risks will make it more difficult for communities to take action. While Woodwell does not specialize in environmental justice research, we suggest findings from scholars, such as Pralle, 2017 and Tubridy et al., 2022, who suggest creating grants for low-income homeowners to improve flood resilience and establishing a co-production approach for managed retreat when needed, respectively. 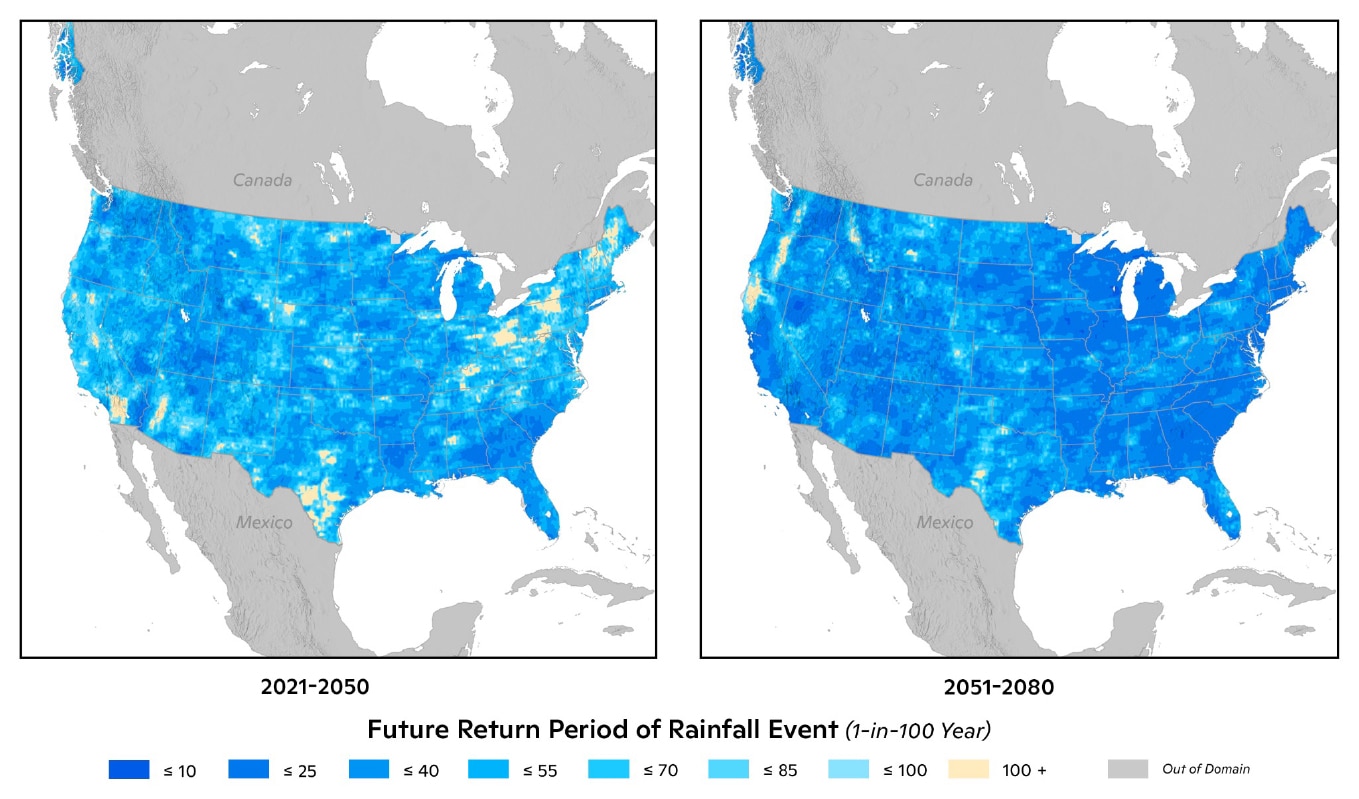 Leases or home purchase agreements should state the flood zone(s) the property is located in without obfuscation. The agreement should also state whether the property suffered any flood damage or is associated with a flood insurance policy. Unlike homeowners, who may be required to purchase flood insurance, renters are not required to purchase flood insurance and likely never learn about their potential flood risk. As a result, renters often do not purchase appropriate insurance and do not qualify for state or federal aid. Leaving renters, who are disproportionately low-income earners, with little to no safety net if flooding occurs.

Finally, we have two recommendations for Congress. First, Congress should provide additional funding to FEMA to update FIRMs. FEMA, then, could address the mandates in the Biggert-Waters Flood Insurance Reform Act of 2012, which includes incorporating future risks/pluvial flooding and mapping the rest of the nation. In 2020, the Association of State Floodplain Managers (ASFPM) estimated that it would cost $3.2 billion to $11.8 billion and then $107 million to $480 million annually for maintenance (ASFPM, 2020). The lower range estimates do not map all of the rivers and streams on federal and state lands and assume no updates to technology. The upper range includes rivers and streams on federal and state lands and assumes higher costs for urban areas (with greater development). In their analysis, ASFPM discusses some mechanisms to lower costs, such as, improving technology and utilizing federal, state, and local data. Congress should also fully reauthorize the NFIP. Since 2017, the NFIP has been reauthorized on a short-term basis 18 times (Horn, 2021). Currently, the NFIP is set to lapse on February 18, 2022. These stop-gaps risk the stability of a program that millions of Americans rely on.

Overall, many U.S. communities lack up-to-date flood assessments as development continues, meaning communities are making decisions that do not accurately consider flood risk. The postponement of fully understanding flood risk will only make it more difficult for communities to take action. By updating all flood standards with climate change in mind, communities can be informed and reap the cost-saving benefits of flood risk reduction, which is found to save $2 for every $1 invested or in some cases even greater savings (ASFPM, 2020).