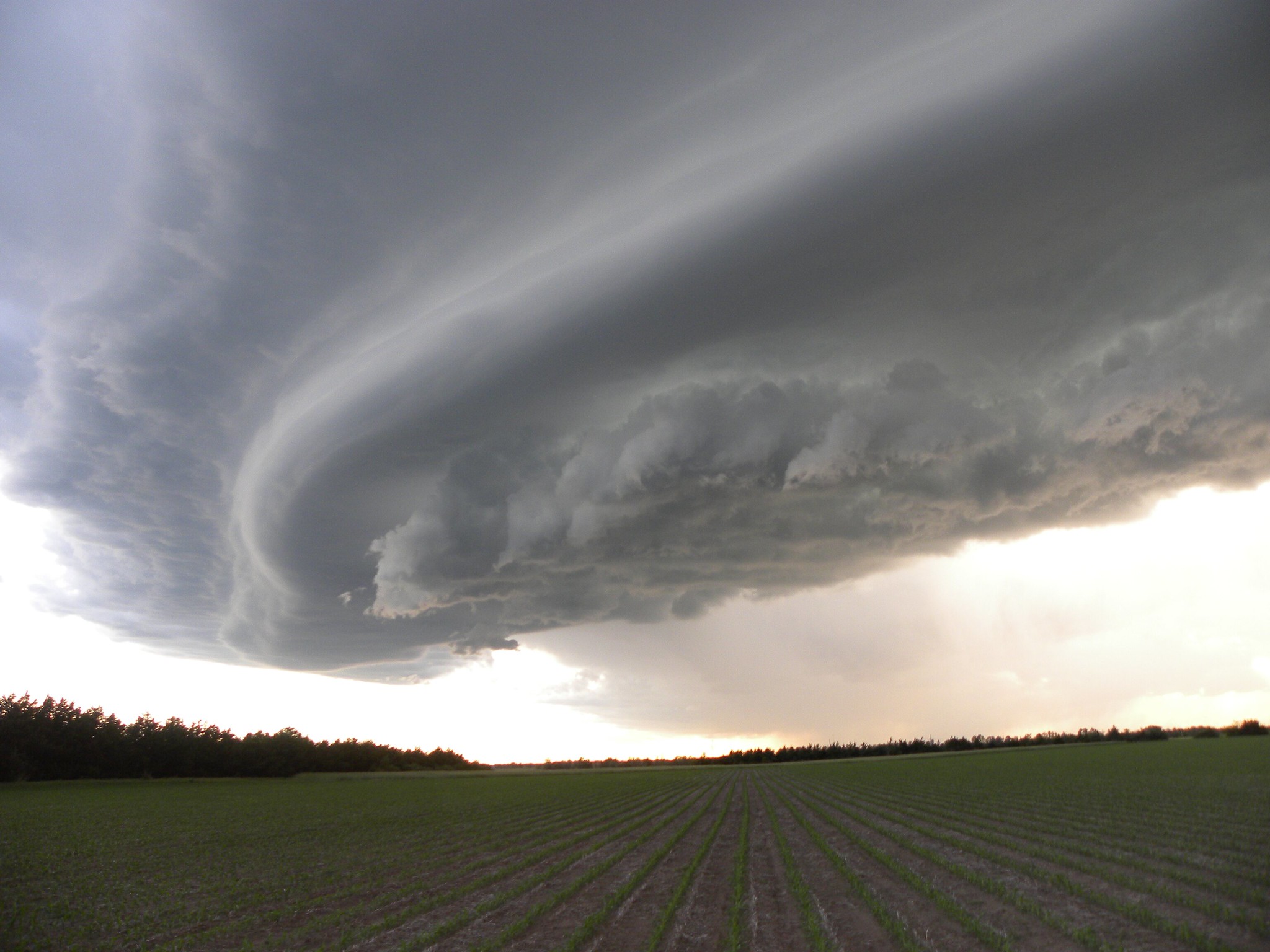 A look back at a turning point year for climate change

As another year passes with mounting emissions, we take stock of the big moments for climate change in 2021, from extreme weather events to steps forward on policy. Here’s is a look back at a potentially pivotal year for climate change:

Climate change is now front and center due to deadly weather

This year, the clear repercussions of climate change were impossible to ignore. Climate change worsens extreme weather, making Earth’s formerly reliable systems much more unpredictable. Widespread extreme weather events in 2021 had deadly consequences for the people caught in their paths.

In February, Texas experienced a cold snap that killed 210 people across the state and left millions without power for several days. The freeze was exacerbated by the stretching of the stratospheric polar vortex—a pool of cold air high over the poles that is usually hemmed in by strong westerly winds. When the polar vortex is disrupted from its typically circular shape, it can cause the jetstream to waver and plunge farther south, which can bring unusually cold temperatures farther south. Research has connected rapid warming and sea-ice loss in the Arctic north of western Russia with more frequent warping of the polar vortex, which could mean more of these extreme events in the northern hemisphere.

In the summer, temperatures swung in the extreme opposite direction as a heat wave settled over the Pacific Northwest, breaking records. Temperatures neared 120 degrees Fahrenheit, melting power cables, buckling brick roads, and causing sudden deaths to spike across the region. This phenomenon was also caused by a wavering jetstream that allowed an intense and persistent high-pressure system to trap the heat over the Northwest.

Hotter than average weather also led to record fires this year. In Siberia, the return of the fire season to the boreal forests brought with it blazes larger than concurrent fires in Greece, Turkey, Italy, the U.S. and Canada combined. Drought in Brazil, paired with rising deforestation rates, led to increased fires in the Amazon.

And finally, just this month the Midwestern U.S. was hit by a devastating string of tornadoes, more severe than usual for this time of year, marking the deadliest December tornado outbreak in history. Tornados are tricky to study, so an understanding of how their prevalence will fluctuate with climate change is not yet clear, but the conditions fostered by a warmer atmosphere are amenable for tornado formation.

The undeniable severity of the climate impacts of 2021 has enforced the urgency of cutting emissions. This year, climate action began building the momentum it should have had two decades ago, with more than half of Americans concerned or alarmed about the issue, and governments and private sector organizations across the globe stepping up their commitments to tackling it.

In November, Glasgow, Scotland hosted the 26th annual COP—hailed by some as our “last, best, hope” for successful international cooperation on Climate Change. Although the larger negotiations were not as ambitious as necessary to confidently limit warming to 1.5 degrees Celsius, several steps still pushed the world forward. The conference opened with a pledge from 141 nations to end deforestation by 2030, accompanied by $19 million from governments and private sector groups—a large portion of which was dedicated to supporting Indigenous groups.

Earlier in the year, the U.S. Securities and Exchange Commission (SEC) made a request for public comments on a potential requirement for companies to disclose climate risk to their investors. With the impacts of climate change becoming more immediate, the demand for greater certainty around personal risk has grown. The SEC’s inclusion of climate risk in its regulations indicates a broader acknowledgement of the need to prepare for the changes to come. The new presidential administration in the U.S. also signaled its intent to address climate in its first 100 days, staffing up with science and policy advisers and calling an Earth Day summit with leaders from 40 nations.

So what can we expect as we enter another year?

As long as emissions continue at their current pace, so too will warming and its consequences. Storms, fires, and extreme temperature swings will become a more frequent fixture next year and into the future.

On the international stage, next year’s COP will be one to watch. Nations are expected to return with even more ambitious targets than agreed upon this year. The timelines for formal climate action will accelerate. In the U.S. we can expect to see a ruling from the SEC in early next year.

2022 will also be a year of expanded research into the impacts of climate change, particularly the rapidly warming Arctic. Woodwell projects will expand our understanding of emissions from thawing permafrost and the behavior of Arctic fires, as well as impacts on extreme weather events. Researchers will also be working closely alongside Indigenous communities to both understand how climate change is impacting vulnerable communities, and support them to take part in climate solutions. 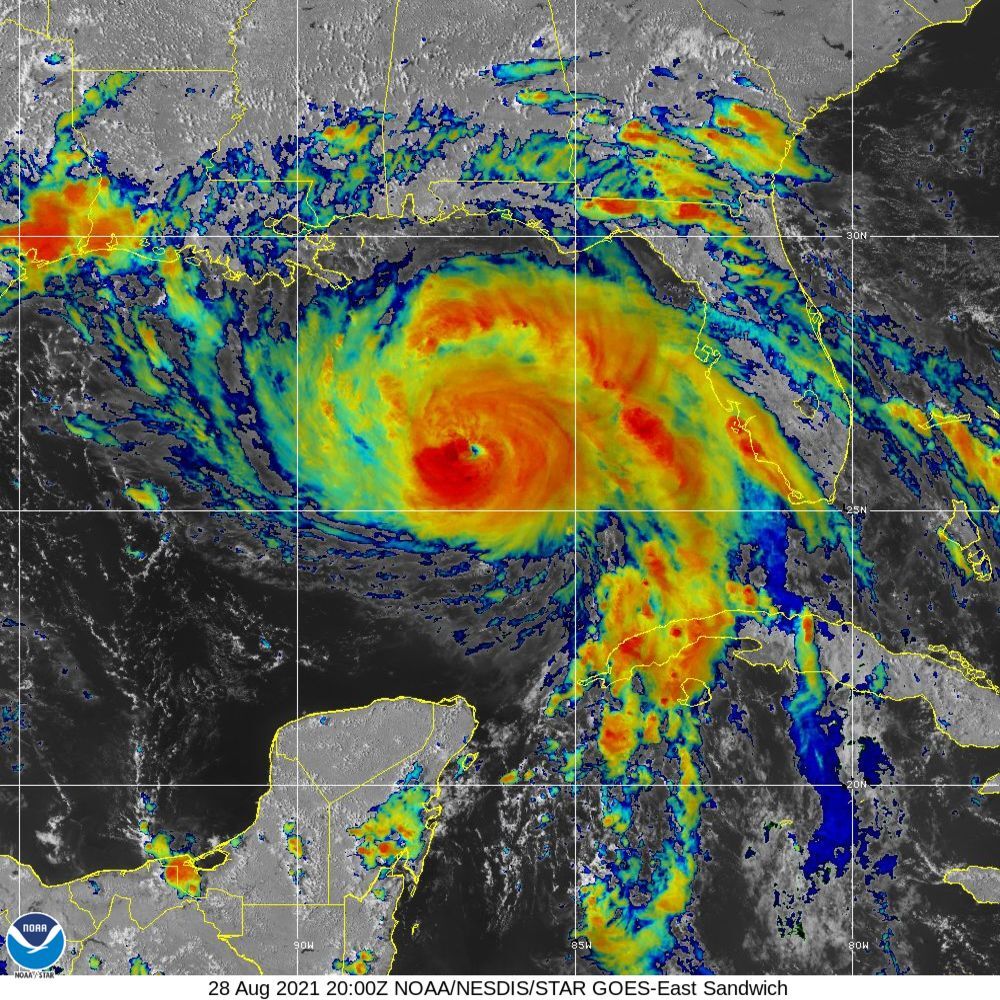 The summer of 2021 has been a summer of extremes. Catastrophic wildfires, drought, flooding and deadly heat waves are all signals of a warming climate, but the nature of that connection is often not well understood by the public. To help deepen understanding of the links between extreme weather and climate change, Woodwell hosted a briefing last week for a group that is always thinking about the weather: meteorologists.

The briefing was led by meteorologist Chris Gloninger of KCCI 8 Des Moines, who moderated a Q&A with Woodwell senior scientist Dr. Jennifer Francis and Assistant Scientist Dr. Zach Zobel. Dr. Francis and Dr. Zobel provided attendees with insight into how weather events, like the recent hurricanes Henri and Ida or flash flooding in Tennessee for example, are exacerbated by climate change.

Meteorologists, tasked with preparing local communities for changes in the weather, are uniquely positioned to communicate the role of climate change in weather patterns to a broad public audience. According to Dr. Francis, meteorologists are “often the only scientists that people come into contact with.” Which means they have a valuable opportunity to shape people’s perception of weather events as a consequence of climate change.

For Dr. Zobel, a meteorologist by training himself, one of the best ways to make those connections is by highlighting the specific elements of extreme events that the science shows are clearly linked to warming.

“Rather than focus on the storm itself, focusing on the features within the storm that climate models and observations show are clearly going to increase,” Dr. Zobel said. He cited the all time record for the amount of rainfall in one hour in New York that was broken during Henri. Heavy bursts of precipitation are likely to become more common with climate change, as a warmer atmosphere can hold more water vapor.

Meteorologists joined the briefing from across the United States, and were interested in the best ways to communicate climate science across diverse audiences, some of which might not be familiar with or accepting of climate science. Dr. Francis used the example of farmers in the Midwest who have reported more persistent weather conditions—longer droughts or storms—affecting their crops.

“If we can take that and link it back to how we think climate change is starting to cause more persistent weather patterns, that is something we can talk to them about that is really affecting how they do their business, how they live their lives, and is certainly something they are seeing every day,” Dr. Francis said.

“Until we are able to do that, climate change may seem like a distant, far away problem,” Dr. Zobel said. “Once people see it’s affecting them locally they tend to re-evaluate.”